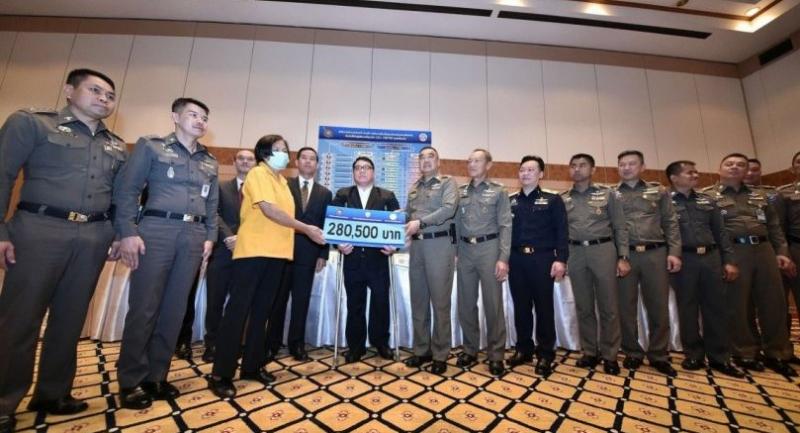 Thai authorities on Friday returned Bt3.291 million to 16 victims, the sum police had rescued and frozen in their crackdown on call centre fraud.

Pol Maj-General Surachet Hakparn, deputy tourism police commissioner, said that the number of call centre scam gangs has been reduced from about eight to two or three gangs as a result of the police suppression.

Surachet was speaking at a ceremony at which 16 people got back the money they had been cheated of by call centre scam gangs. The exact sum was Bt3,291,887, Surachet said.

The event was attended by representatives of the Anti-Money Laundering Office (Amlo), commercial banks and police.

Surachet said that police have continued cracking down on the gangs by cooperating with Amlo in tracking the money trails of the gangs and with the office of the National Broadcasting and Telecommunications Commission in blocking telephone numbers used by the gangs.

Because of the crackdowns, some gang members have fled to foreign countries.

“I believe Thailand is the only, and the first, country that could freeze the large amount of money and return it to the victims,” he said.

He urged people who are cheated by call centre scam gangs to alert police at Hotline 1155 and 1710. The sooner they alert police, the better the chance they would get their money back, he added.

Since the setting up of the Amlo operation centre, the period from November 15 last year until February 1, this year has seen 210 people fall victims of the gangs for a total loss of Bt81.517 million.

Police managed to rescue 33 victims and returned a total of Bt15.189 million to victims.