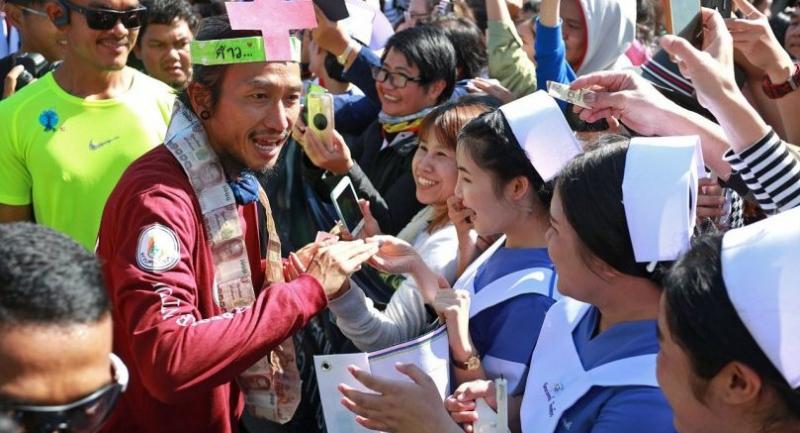 THE THAI prime minister yesterday expressed his pleasure as he recalled a high-level meeting last month in Geneva in which the director general of the World Health Organisation (WHO) introduced an exercise session to de-stress participants.

Foreign media reported that Tedros Adhanom Ghebreyesus and the meeting's participants rose during a break to dance to the 2013 hit “My songs know what you did in the dark (so light em up)” by the pop-punk band Fall Out Boy.

The plan to incorporate exercise into the summit was secretly pre-planned after a call from the Thai delegation there.

Prayut Chan-o-cha himself leads the weekly Wednesday exercise of his officials at Government House.

During a meeting between Prayut and Ghebreyesus at Government House yesterday, Prayut said he was happy that his visitor had adopted similar activities to improve people’s health.

The director-general responded that he was pleased with an epic run of a Thai rock star that raised funds for 11 hospitals, saying he was interested in holding a similar campaign in Switzerland.

The marathon run last December from the southernmost to the northernmost provinces was led by Toon Bodyslam and raised Bt1.369 billion to be divided between 11 public hospitals.

Deputy government spokesman Lt-General Werachon Sukhondhapatipak said the WHO boss was in Thailand to attend the Prince Mahidol Award Conference and had taken |the opportunity to pay a courtesy call on Prayut.

Werachon quoted Prayut as telling the WHO chief that Thailand supports his WHO policy in providing universal healthcare among other things.

He also expressed hope that WHO would work closely with Thai authorities as set out in the WHO-Royal Thai Government Country Cooperation Strategy.

Ghebreyesus said he appreciated Thailand’s strong role in health issues, particularly its success in preventing the transmission of HIV from mothers to children and in addressing elephantiasis.

Prayut said the Thai government was considering whether to establish an Asean Centre for Active Ageing and Innovation over the next year as an important mechanism for the region to cooperate with the WHO.