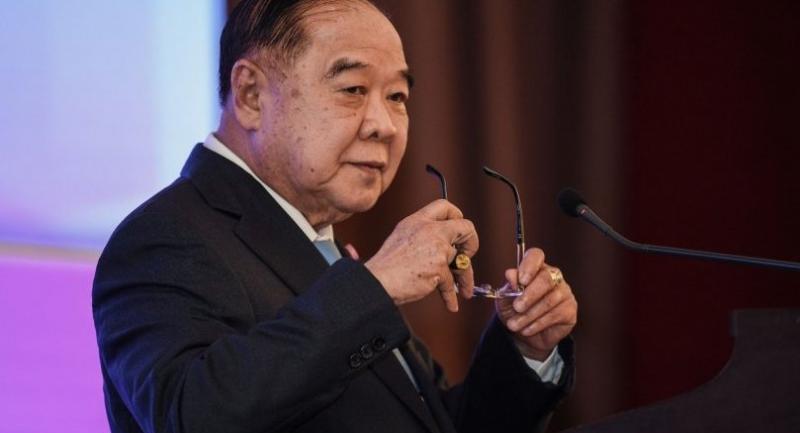 AN ATTEMPT to save defiant Deputy Prime Minister General Prawit Wongsuwan has burned out after an online campaign was caught fabricating supporters calling on him to stay in office despite the scandal over his extravagant watches and demands that he step down.

The Change.org campaign website yesterday rushed to delete spam addresses from the petition supporting Prawit as many signatories complained that their names had been used without their consent.

Independent scholar Sarinee Achavanuntakul said in a Facebook post that her email address had been used without her knowledge to support the campaign. She added that she had later withdrawn her name as a supporter.

Freelancer Watthana Bombers Rujirojsakul said on Facebook that he had also received a surprise email response from the website, which said he had signed in support of Prawit, although he had not.

A user identified as “Invisible Hands” launched the campaign on the Change.org website asking people to sign in support of Prawit, who is also defence minister, for the sake of security and the World Cup 2018.

Prawit, as the new president of the Olympic Committee of Thailand, is planning to pool funds from the private sector and the Sports Authority of Thailand to buy the 2018 World Cup broadcast rights so that all matches can be broadcast live on free TV.

After the spam addresses were removed, the number of Prawit supporters was reduced from more than 25,000 on Sunday to only 200, and it stood at 400 as of press time yesterday. The campaign’s page on Change.org said it had been initiated on Sunday by 250 people.

Another campaign under the name of Anonymous Thailand launched on Saturday received 5,008 signatures in support of Prawit yesterday.

The Invisible Hands and Anonymous Thailand campaigns were apparently launched to counter a campaign by child-rights activist Ticha Na Nakhorn, who had received 63,079 signatures as of yesterday supporting the departure of Prawit, after the general announced he would step down if people “did not want him” anymore.

“Our engineers in the US have seen irregularities in the campaign since Saturday and we have notified the initiating campaigner, Invisible Hands, but there has been no response so far,” she said. “The campaign might be removed unless the initiator contacts us.”

Change.org often has experienced similar attempts at manipulation with campaigns focusing on hot topics often being attacked by such tactics, she said.

Prawit is in the hot seat as his possession of luxury wristwatches has been scrutinised on social media. The issue has been submitted to the National Anti-Corruption Commission for examination, but the results have not been issued yet.

There has been speculation that the junta number-two is planning to step down as damage control for the military-led government under Prime Minister Prayut Chan-o-cha.

However Lt-General Kongcheep Tantravanich, spokesman for the Defence Ministry, said yesterday Prawit still had a “strong will” and “good spirits” to continue performing his duties regarding national security and the safety of society.

Prawit “has good spirits and health, as well as a strong will and determination to work devotedly as a key government figure in taking care of the country’s security and safety of society”, he said.

A poll conducted by the publicly funded television channel Thai PBS included more than 200,000 people, while another one by the website Drama-Addict drew more than 100,000 respondents.