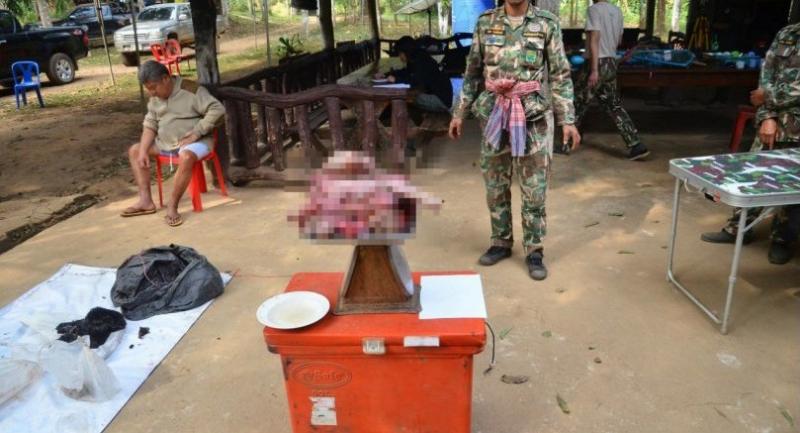 The president of Italian-Thai Development Plc, Premchai Karnasuta, has been arrested for alleged poaching in the Thung Yai Naresuan wildlife sanctuary in Kanchanaburi, an official said on Tuesday.

Sompote Maneerat, a spokesman for the National Parks, Wildlife and Plant Conservation Department, said Premchai was arrested at a campsite in the wildlife sanctuary on Sunday night. The businessman was taken to Thong Pha Phume police station to be charged. He denied all the charges.

Sompote said park officials guarding the wildlife sanctuary were informed at 2pm Sunday that a group of people was camping in a prohibited area of the sanctuary.

When they checked and found Premchai and several others. They also found carcasses of a Kalij pheasant, a barking deer and a black leopard at the camp, Sompote said.

Two rifles, a shotgun and ammunition were also seized.

Sompote said that although Premchai denied poaching, the officials had a lot of evidence against him.