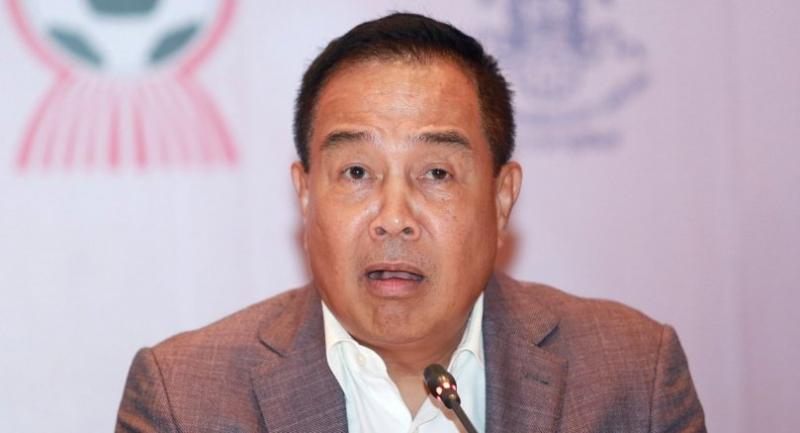 The Bangkok parlour is being investigated for alleged human trafficking and prostitution after a raid last month. Several people considered to be the parlour’s executives were apprehended and arrest warrants have been issued for the alleged owners, including Kampol and his wife Nipa.

As the Anti-Money Laundering Office (AMLO) was investigating the case and the parlour’s transactions, it was up to that office to summon Somyot to determine whether his actions violated the law, Srivara said.

Police would join the investigation if requested by AMLO.

Somyot’s recent revelations of a loan from Kampol followed a report that an unnamed retired police chief and five others were to be summoned for questioning by the Department of Special Investigation (DSI) over the human-trafficking case involving Victoria’s.

DSI deputy chief Pol Colonel Songsak Raksaksakul said yesterday that Somyot’s expression of innocence to the media did not mean that the DSI would no longer summon him if he is found to be linked to the case.

He said the DSI had not received any formal explanation from Somyot, which the agency would have to obtain as part of the evidence-gathering process.

Songsak said the DSI investigation was focussed on everyone involved, not just Somyot.

He said many people had financial transactions with Kampol and they would be summoned for questioning in the future.

Songsak said authorities had seized assets worth Bt300 million from Kampol and the DSI and AMLO officials were working together to impound more assets.

Srivara and Songsak’s comments were made after Somyot on Monday admitted to borrowing Bt300 million from Kampol, a friend of 20 years. He also claimed that he had repaid the loan to Kampol.

Somyot added that the loan was not a secret and said he had reported the transaction to the National Anti-Corruption Commission (NACC) three years ago.

Somyot said Kampol had joined him at various charitable events and loaned him money on three or four occasions, which totalled Bt300 million. He said he repaid Kampol within the year.

“These were legal transactions, done with proper contracts, and all have been repaid,” he said. “There is no reason I would cover this up because I don’t think it’s illegal,” he added.

“If society or anyone still wonders whether there was anything illegal about it, they have to ask Kampol where the money came from, because I can’t answer that.”

Somyot said he was ready to answer inquiries with documentation that he had previously shown the NACC.

Meanwhile, DSI chief Paisit Wongmuang said the DSI would not summon Somyot or other witnesses until investigators had more clarity about the parlour's transactions and were equipped with sufficient information to pose effective questions.

He added that DSI officers were divided into two teams investigating human-trafficking crimes and financial transactions while the Securities and Exchange Commission and AMLO were also gathering evidences to submit to the DSI.