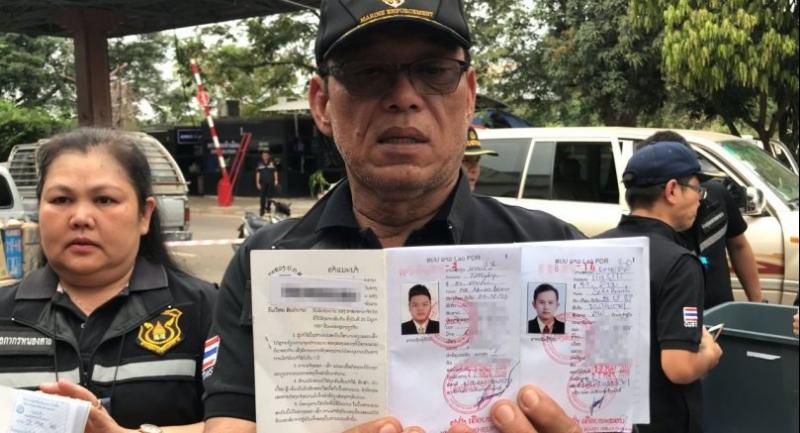 Nong Khai police will in two weeks apply for arrest warrants related to money-laundering charges for Lao siblings who were caught trying to cross the border into Laos from Nong Khai with more than Bt98 million in undeclared Thai banknotes in December. Suebanh Tiasili, 30, and Khumborn Tiasyly, 24, have already paid a Bt40,000 fine for failing to declare the cash to Customs officials and were released on bail. But their vehicle and passports were seized to prevent them from leaving the country pending the Customs Department’s reply to their proposal to let Thailand keep the Bt94 million to avoid further prosecution. Paisal said police had not investigated the case from the beginning because it had not been forwarded by Nong Khai Customs Office officials who first made the arrest and confiscated the banknotes.

Since the AMLO filed the police complaint, police will ask Nong Khai Customs to hand over the cash – which has been deposited since mid-December in a bank by authorities pending further action – as evidence.

The two brothers were apprehended after Thai authorities found a large amount of cash hidden inside milk boxes and in the engine compartment of a Toyota Land Cruiser in which they were travelling and initially deemed the cash to be illegally acquired. The brothers said they had collected US$2.8 million (Bt88.3 million) worth of Thai banknotes at various banks in Nong Khai for their family’s currency-exchange business in Laos, but admitted they had failed to declare it as required by law when trying to cross the border.

Investigators from the Office of the Narcotics Control Board and the AMLO then joined Customs agents in examining the case.