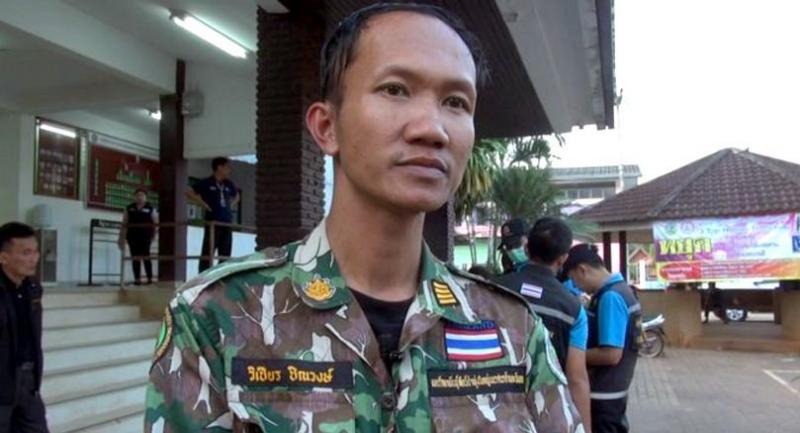 The man who led the park rangers team that arrested Italian-Thai Development president Premchai Karnasuta and three others for illegal hunting has been hailed as an unsung hero who has taken on different influential figures in order to protect forests and wildlife.

Vichien Chinnawong, chief of the western section of the Thung Yai Naresuan Wildlife Sanctuary in Kanchanaburi province, has come under the spotlight following the high-profile arrest. He has been involved in many arrests of poachers and forest encroachers since his graduation from Kasetsart University’s Faculty of Forestry. He and his team have fearlessly gone after local politicians, influential figures and transnational gangs preying on coveted rosewood.

In September 2014, Vichien arrested a politician in Mukdahan province for poaching in a local wildlife sanctuary. In 2017, he led a team of park rangers to confiscate 160 rai of land found to have been encroached on by a local politician in Kanchanaburi.

Reacting to concerns that discharging his duties may land him in trouble, Vichien said: “I am not afraid of getting transferred. My duty is to protect the forest.” He added that he was just doing his job fairly and honestly, and he did not care about the consequences.

Samak Donnapee, a respectable former director of the Department of National Parks, described Vichien as one of three active forestry officials who are “genuinely devoted and determined” to protect the forests.

Yesterday, an image of Vichien apparently taking a nap while leaning upright against a car was circulated on social media. The photo was first posted by Department of National Parks veterinarian Pattarapol Manee-on on his Facebook page, with a message, “You can’t sleep in this position unless your day is really bad. He did this after two nights without sleep. Take care of your health, Chien.”

Vichien posted this message yesterday: “Smart Man, Smart Ranger, Smart Patrol. That is what my team and I have always adhered to be in doing our work.”