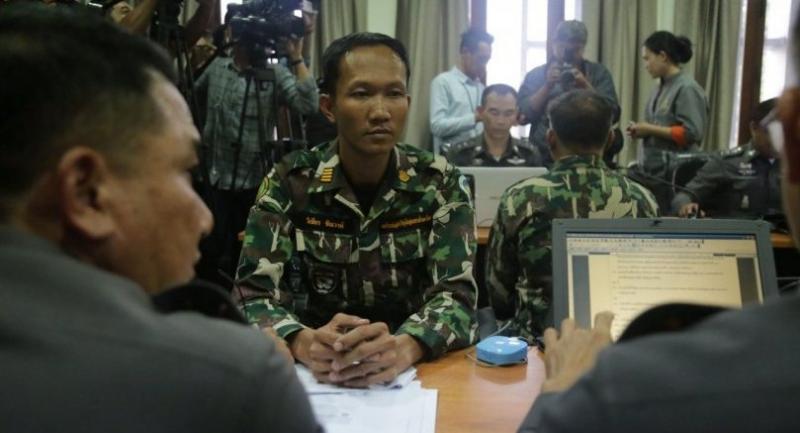 AN AD HOC panel has been set up to follow up on legal proceedings involving a construction tycoon accused of poaching and possessing wildlife at the Thung Yai Naresuan Wildlife Sanctuary, following a resolution passed by the National Wildlife Preservation and Protection Committee. He has denied all the charges.

Surasak said the committee had considered the facts and concluded that people had entered the sanctuary and committed wrongdoings during the reported dates. The forest rangers, he said, had performed their duty to their best, and managed to capture the alleged wrongdoers.

He said there was sufficient and strong evidence to prove the wrongdoings, and the wildlife officials had therefore decided to file a complaint with the police.

He urged the committee, chaired by National Parks Department chief Thanya Netithammakul to pursue the case to the end, as the department and the ministry have been tasked with taking care of natural resources and the environment for the Thai people.

Surasak assured that the case would not be allowed to fizzle out in the middle of the legal process, insisting that the evidence the officials have was strong and sufficient to take action against the wrongdoers.

The committee yesterday brainstormed to find the best and most thorough process to deal with the case keeping in mind that the alleged wrongdoers were high-profile citizens.

Surasak said Prime Minister Prayut Chan-o-cha has instructed concerned parties to proceed with the case in a straightforward manner and tackle it without any double standards.

“Today, it’s clear that wrongdoings were committed. The evidence is clear, and we will proceed with the legal process to the end. Be assured of that,” said Surasak.

The prime minister, meanwhile, pledged to punish anyone trying to help the accused amid speculation about flaws in the granting of permission to enter such a restricted sanctuary.

Prayut said everyone had to abide by the law and the justice system.

“Committing wrongdoing is wrong. No matter how powerful a person, anyone who violates laws must be prosecuted following provable evidence,” said Prayut, while urging the media not to write “nonsense stuff” that there were people trying to help the accused get away with the charges.

Srivara said police did not see any difficulties proceeding with the case, as the evidence obtained from the rangers was clear and strong enough to charge the accused, although there were no direct witnesses.

“I insist that there would be no lobbying, and the police would proceed with the case straightforwardly,” Srivara said.

Police yesterday interrogated wildlife officials – including the Thung Yai chief, Wichian Shinwong – about a clip allegedly recording conversation regarding negotiations on the release of unidentified persons.

Srivara said the police would like to know who was trying to lobby the officials in the clip, and if there was enough evidence the person would be slapped with additional charges.

They are also in the process of determining the origins of two pairs of tusks confiscated from Premchai’s house, as well as firearms found in his house.

Wichian said he has received no threat from anyone so far, amid concerns for him as the public learned about his courage. He said he had performed his duty honestly and everyone could fight for justice by following the law.

Deputy PM Wissanu Krea-ngam, in a related development, said it is too early to say that Premchai’s company should be blacklisted, as demanded by some members of the public, because the alleged wrongdoings were committed by individuals.

Wissanu said such poaching should not be allowed to take place in the country’s forests anymore, urging people to keep an eye on the case.