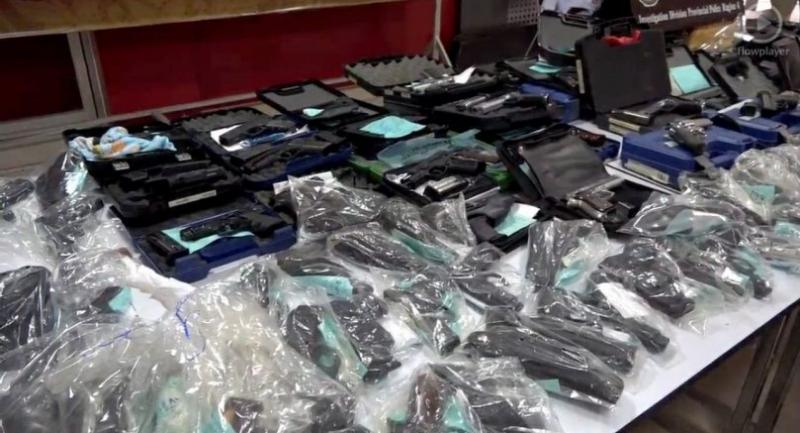 Police have arrested a gold shop owner in Khon Kaen's Kuchinarai district along with 246 guns which he allegedly had in his possession without permission, Provincial Police Region 4 chief Pol Lt-General Surachai said on Friday.

Surapol Saowalak, 56, is said to have operated a pawn shop business on the side during which he took possession of the firearms. Surachai said police arrested him earlier this week for illegal possession of guns and ammunition. Police were checking to see if any of the guns were unregistered and if any were linked to any crimes. If so, additional charges would be laid against Surapol, the officer added. Surachai also announced a separate bust in which police arrested Atthachai Pol-artthan, 20, in Kalasin province along with material and equipment to build makeshift guns and bullets. The young man was initially charged with manufacturing gun and ammunitions without permission, illegal possession of one pistol and two shotguns and 20 bullets.