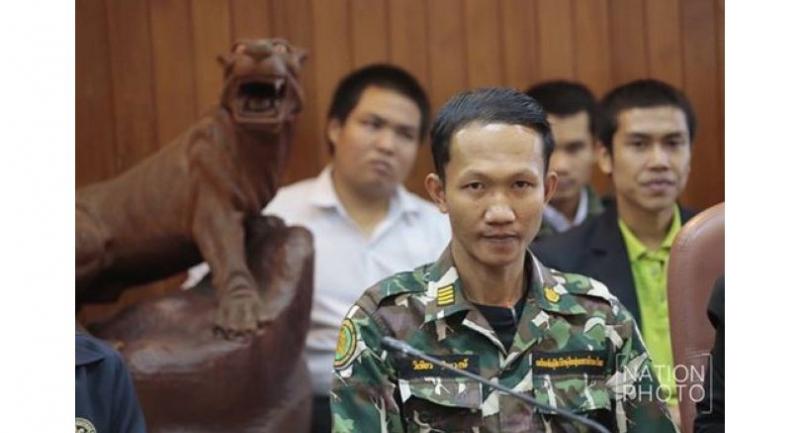 A forestry reformer has expressed concerns about the safety of Thung Yai chief Wichian Chinwong and his subordinates after they arrested the president of the Italian-Thai Development Plc (ITD), Premchai Karnasuta.

Premchai and three of his companions are accused of poaching and possessing wildlife at the Thung Yai Naresuan Wildlife Sanctuary in Kanchanaburi province last weekend.

The four had entered the sanctuary on Saturday, February 3, before being captured by rangers on Sunday after they were allegedly seen possessing firearms, ammunition and the carcasses of wild animals, including the rare black leopard.

On Tuesday, were charged with nine offences related to illegal poaching and possessing wildlife in the World Heritage Site sanctuary.

However, Assistant Professor Khwanchai Duangsathaporn, of Kasetsart University’s Forestry Faculty, and a member of the natural resources and environment reform committee, said considering the relatively weak mechanisms in regard to forest suppression and justice, he was concerned about the team’s safety.

Khwanchai urged the relevant agencies to provide thorough and continued support to the team to fight the case, especially legal support. Past experience suggested that forest officials had not been supported, and sometimes faced charges themselves, after arresting influential figures.

The professor proposed that long-term and more consistent mechanisms be put in place, including more severe penalties.

Khwanchai said the present wildlife conservation law carries relatively light penalties. It has no penalties for those who sneak into the forest without permission , and does not demand compensation for damage done.

He said members of the reform committee have been working on amending the wildlife conservation law to provide for more hefty penalties. Those proposed amendments are now with the Council of the State, and the changes need to be expedited.

The amendment would see those sneaking into the forest facing a jail term of no more than six months, a fine up to Bt100,000, or both.

Those poaching in the forest could be sentenced 3 to 10 years and a fine from Bt60,000 to Bt2 million, compared to the present penalties of a five-year jail term, a fine of no more than Bt50,000, or both.

The new amendment also demands compensation from the wrongdoers, the professor added.

Khwanchai said that, besides the law amendment, forces to suppress forest crimes must be upgraded, and a more capable forest crime suppression unit with integrated knowledge and expertise should be introduced within the next three years, along with a new environmental court.

Last but not least, Khwanchai said, the social security benefits of forest rangers should be improved to support their morale.