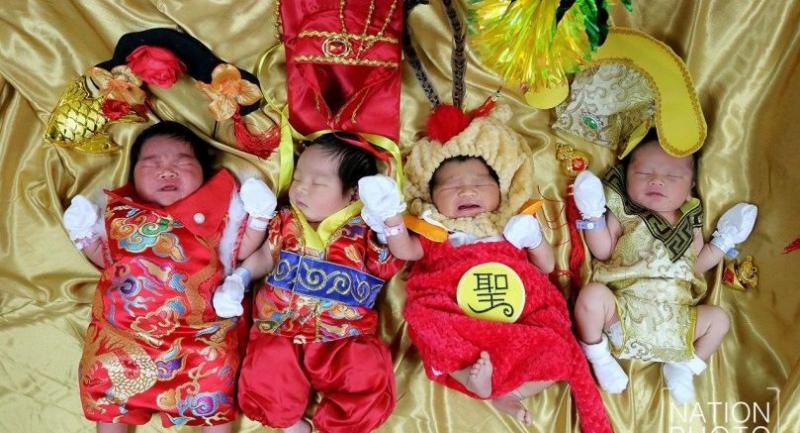 Staff at a Bangkok hospital celebrated ahead of Chinese New Year and Valentine’s Day by dressing up newborn babies in costumes on Monday.

Parents were given framed photo souvenirs of their babies in costume, which reportedly encouraging many to choose the facility to give birth during holidays.

Hospital staff have previously dressed newborns in Santa Claus and Christmas tree outfits for “Christmas Festival 2017”, as puppies to usher in the Year of Dog during the “New Year 2018 Festival” and as baby chickens to mark the “Year of the Rooster” in January 2017.