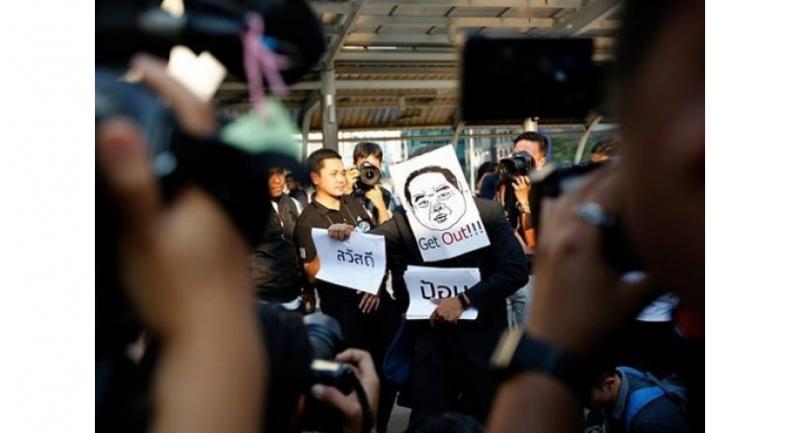 File Photo: A Thai political activist (C) wears a mask depicting Thai Deputy Prime Minister and Defense Minister General Prawit Wongsuwan with the message 'Get Out!' as he holds a symbolic protest near the Chong Non Si BTS station in Bangkok./EPA-EFE

A close aide of Deputy Prime Minister and Defence Minister Gen Prawit Wongsuwan has expressed shock over a remark by Education Minister Teerakiat Jareonsettasin that apparently attacks his boss.

The aide, who asked not to be named, was referring to a remark by Teerakiat that apparently criticised the country's response to the Prawit watch scandal. Teerakiat said he would step down from his Cabinet position if he was exposed to possess an expensive luxury watch.

The aide said yesterday he was shocked by the remark and urged Prime Minister Gen Prayut Chan-o-cha to deal with the matter urgently as it would affect his boss.

Although Teerakiat expressed his personal opinion it would still have an impact on Prawit, the aide said.

“PM Prayut as the Cabinet chief would likely talk to the Education Minister over what happened. His remark affects the Deputy Prime Minister who oversees national security. So the premier should give justice to Prawit,” the aide said.

Prawit has been under pressure from the public and social media users to resign after he was spotted with about 25 luxury watches since late last year.

Prawit told an anti-graft agency that is investigating him over the watches, that they were borrowed from his friends. Prawit said he had already returned them to the owners.