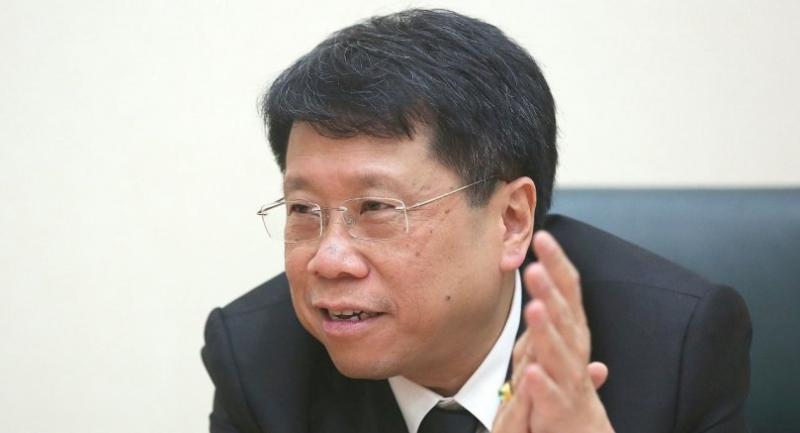 A LITTLE over a year ago, Education Minister Teerakiat Jareonsettasin said his rise to the helm of the ministry might have a lot to do with “luck”.

The public is now watching to see whether he will remain “lucky” after he criticised Deputy Prime Minister and Defence Minister General Prawit Wongsuwon over the luxury-watch scandal during a recent trip to Britain.

Due to the comment, Teerakiat was obliged to hold a press conference at his ministry yesterday to explain that he had already apologised to Prawit and would continue serving in the government.

The general public knew little about Teerakiat before the 2014 coup as he had spent many years in Britain.

Born in 1962, he completed his secondary education at the Watsuthiwararam School and later graduated from Chulalongkorn University’s Faculty of Medicine.

Despite being trained as a doctor, Teerakiat was interested in educational affairs. Nearly 30 years ago, he co-founded the Sathyasai School with Art-Ong Jumsai na Ayudhaya, which has since become a model of ethical and moral development.

Teerakiat then received a scholarship to continue his education in Britain. When he returned to Thailand, he was appointed deputy dean of the Khon Kaen University’s Faculty of Medicine.

But Britain beckoned him again when he was offered the post of honorary senior lecturer and consultant in child psychiatry at the Royal Free Hospital, London. While there, he continued to engage with Sathyasai School and conducted research on the influence of school on child development.

Teerakiat later returned to work for the Foundation of Virtuous Youth in Thailand after an invitation from a privy councillor.

Established by Crown Property Bureau’s director, Chirayu Isarangkun Na Ayuthaya, the foundation aims to drive educational reform based on the late HM King Bhumibol Adulyadej’s concepts, including teachers’ love for their students, students’ love for teachers, the inculcation of sharing kindness and activities that foster unity.

Five months after he returned to Thailand, a coup took place and Education Minister Admiral Narong Pipathanasai invited him to serve as an assistant minister.

In late 2016, Dapong was named a privy councillor and Teerakiat was named education minister.

“I think it’s about luck,” Teerakiat said in a media interview early last year. “Also, I think the prime minister wants someone to ensure consistency and continuity in educational works.”

Tags:
Teerakiat Education Ministry After a