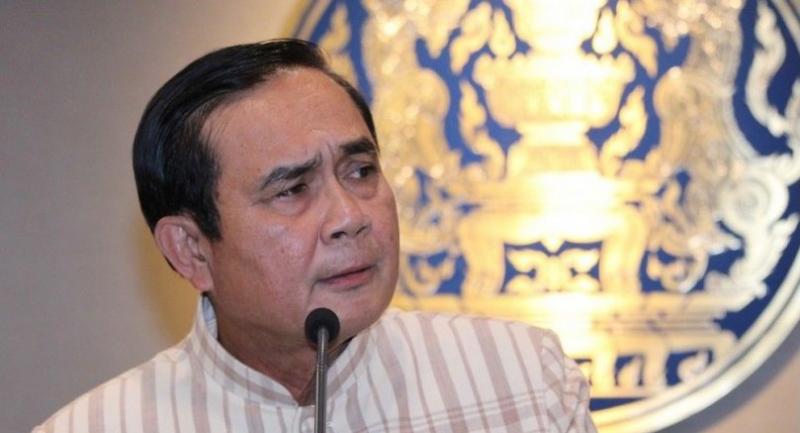 Only a day after announcing human rights as a national agenda, Prime Minister General Prayut Chan-o-cha announced on Tuesday that his junta government would continue keeping a watch on activists calling for the long-delayed general election.

“I don’t know what they want from something that has a clear answer. They just want to stir it up again. The government can’t tolerate this,” the premier said during his weekly press briefing.

“People should look after this, especially the guardians of those students,” he went on, referring to the student activists. “They will be in trouble if they are prosecuted. I’m not threatening, but laws are laws and have to treated equally by all sides,”

Prayut was referring to two assemblies held after the junta-appointed National Legislative Assembly resolved to delay promulgation of the MP election bill draft by another 90 days.

This will consequently shift the election from November, as promised earlier by Prayut, to February next year.

But the PM said that this was not a breach of his promise, as everything would still follow the so-called roadmap to democracy under the international standard. “It’s not because of me. I didn’t order that [90-day delay]. It just follows the legal mechanism,” he insisted.

This caused anger among pro-democracy activists, who see the NLA’s 90-day decision as part of the junta’s intention to stay in power by prolonging its engagement in politics.

Charges have been pressed against some activists for allegedly breaking the junta’s ban on political gatherings, and also violating the Public Assembly Act.

Those considered key figures among the activists were also charged with sedition.

Prayut, meanwhile, reiterated that the protest group had broken the law and “did not respect the rights of others”.

“They blocked the road, doesn’t that break the law?” he asked rhetorically. “They said we infringed their rights. Didn’t they also infringe the rights of others who did not join their rallies?”