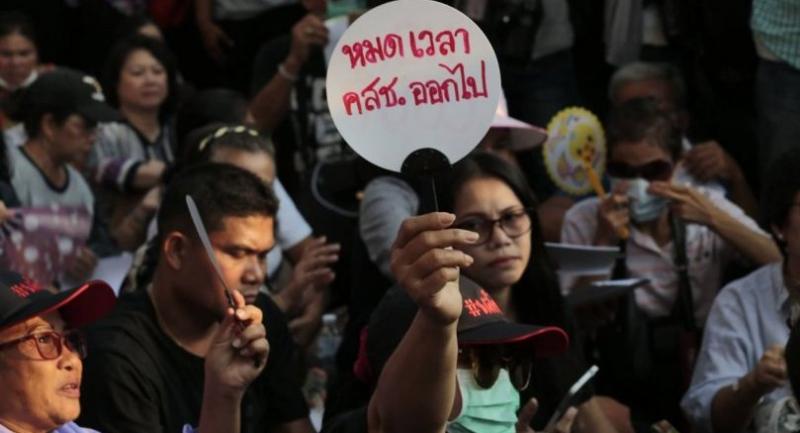 In response to a series of rallies against a possible delay of the general election, Prime Minister General Prayut Chan-o-cha has ordered authorities to explain the situation to the public, Government spokesman Lt-General Sansern Kaewkamnerd said on Wednesday.

A group of pro-election demonstrators have held rallies, including one last Saturday, against a decision by junta-appointed legislators last month to postpone promulgation of the MP election bill for 90 days. This decision makes an election unlikely to happen before February next year.

The protesters have said that they will hold rallies until the election is held.

“Whenever the group holds an activity, we have to provide the public with information from both demonstrators and the government without creating any war of words,” Sansern said.

Sansern said it was not the government that decided to postpone the election, but the National Legislative Assembly.

He said the National Council for Peace and Order had no intention to prolong its stay in power.

“We did not say we won’t let an election be held,” Sansern said. “But with the road map, is there anything wrong with postponing it [the election] a bit?”