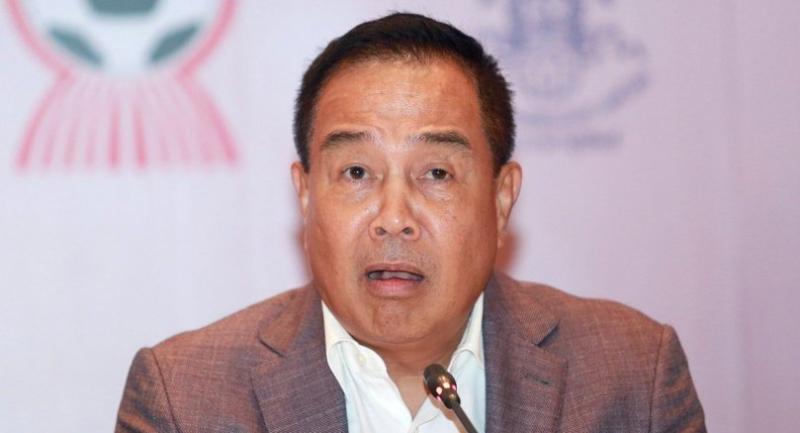 Bangkok - A former police chief was questioned Thursday over loans topping $9.5 million from a fugitive brothel owner who faces sex trafficking charges, a case offering a rare window into the close links between cops and the kingdom's rampant sex industry.

Somyot Poompanmoung, who now runs Thailand's Football Association, has admitted to receiving the massive loans from the owner of the "Victoria Secret" mega-brothel in the capital.

Police raided the brothel last month, rounding up around 100 sex workers -- including at least 13 deemed victims of trafficking, most of whom were underage.

A ledger found at the scene listed some 20 officials who allegedly received free food, booze and even massages from the illegal business.

The venue is one of scores of flashy "massage parlours" in Bangkok that offer sex services in dozens of private rooms equipped with baths.

While prostitution is technically outlawed in Thailand, the lucrative industry is allowed to flourish in plain sight thanks to an entrenched culture of bribes and protection fees.

Raids are rare and normally only conducted when police believe that underage girls are involved.

On Thursday, the straight-talking Somyot arrived at the Department of Special Investigation (DSI) for questioning over his ties to Kampol Wirathepsuporn, the alleged owner of Victoria Secret and several other massive massage parlours.

"We summoned (Somyot) to ask about the money he was lent," Supat Thamthanarug, director of the DSI's trafficking bureau, told AFP ahead of the interrogation.

While police have detained seven pimps and brokers linked to Victoria Secret on trafficking charges, Kampol and his wife remain at large.

Speaking to reporters last week, Somyot described Kampol as an old friend who helped him with cash in times of need.

He said the transactions were handled lawfully and reported to a government graft agency in 2015, the year he was Thailand's national police commissioner.

"Borrowing is borrowing, helping is helping and afterwards the money was returned," he told reporters, brushing off accusations of wrongdoing and explaining that he did not ask his friend how the money was made.

The scandal is the latest in a succession of graft controversies highlighting the special treatment enjoyed by the kingdom's wealthy and well-connected.//AFP