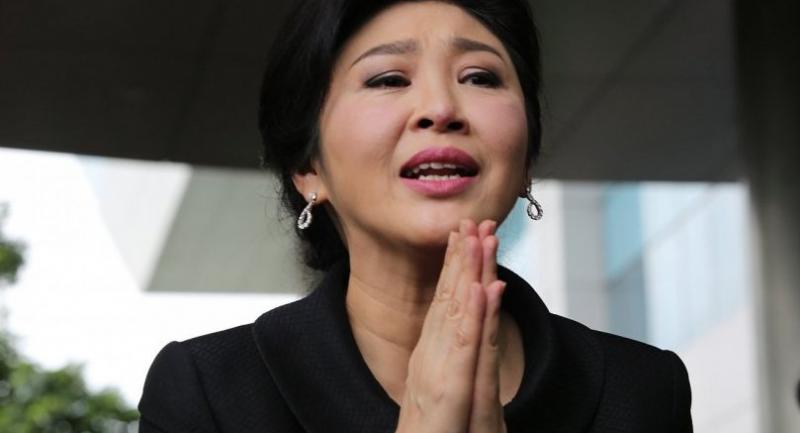 By SURIYA PATATAYO
THE NATION

Srivara said the police have asked the Foreign Ministry for details about where Yingluck and her brother Thaksin have travelled, by which flights, with which passports, and to where they were heading.

Police have not yet received a response from the ministry and expect it would take some time before they learn details about the Shinawatras’ trip, said Srivara. They have not yet been able to locate Yingluck’s whereabouts, nor do they have information that she is, or is not, now in Hong Kong as reported, he said.

To coordinate with foreign countries is the duty of the Foreign Ministry, and not that of the police, noted Srivara. The police have coordinated with Interpol in an effort to locate and arrest Yingluck, he said.

Knowing Yingluck’s location is critical to any extradition process, as only when the exact location is confirmed can police inform the prosecutor and Foreign Ministry to proceed with an extradition request.

Interpol’s effort to locate her is thus critical to the process.

Yingluck is reported to be planning to soon hold a press conference in Hong Kong – her first since fleeing Thailand last August – according to whip Somchai Sawangkarn, a diplomatic source at the National Legislative Assembly (NLA). Yingluck and her brother Thaksin travelled to Tokyo after being seen together last week in Beijing – a photo of them in the Chinese capital was circulated on social media last Saturday.

Thaksin and Yingluck, both of whom are fugitives wanted by Thai authorities after being convicted of crimes, had been in Tokyo since Saturday and had left for Hong Kong on Tuesday, Japan News reported, quoting sources close to the pair.

Yingluck last August fled Thailand just days before the Supreme Court’s Criminal Division for Political Office Holders was scheduled to deliver its verdict in a case connected to her government’s rice-pledging scheme. A month later she was sentenced in absentia to five years in prison for negligence in managing the scheme, which incurred major losses for the state.

Her elder brother, Thaksin, was deposed as prime minister in a military coup in 2006 and subsequently fled abroad to avoid being jailed after being convicted for abuse of power by the same court.

Deputy PM Wissanu Krea-ngam, meanwhile said authorities pursuing seizure of Yingluck’s assets did not need to report to him as an Article 44 order had directed them to take action against her assets.