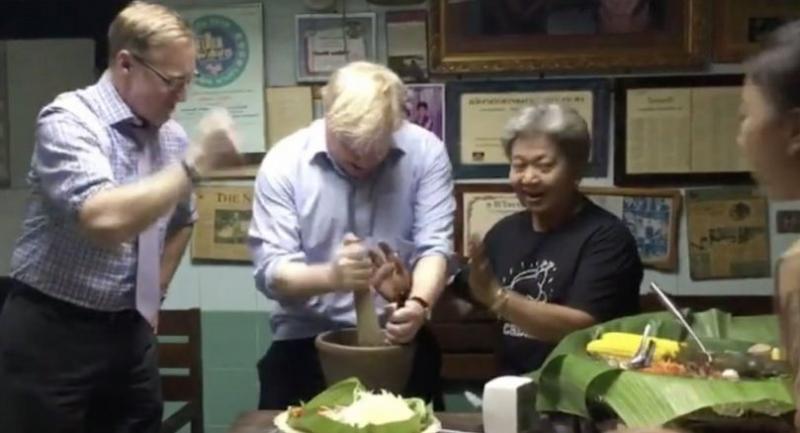 During his recent visit to Thailand, British Foreign Secretary Boris Johnson not only savoured Thai food but also made his own “Som Tam” for the first time.

A video posted on Friday on @ukinthailand, the Facebook page of the British Embassy in Bangkok, showed Johnson cooking Som Tam or green papaya salad, one of the most commonly available and popular dishes in Thailand. The dish traces its origins to the country’s Northeast.

Johnson’s visit to Thailand was preceded by stopovers in Myanmar and Bangladesh.

After his return to UK, Johnson appeared to joke about sex tourism in Thailand during a major speech about Brexit in his home country but the British Embassy in Thailand insisted that he had made no mention of sex tourism.

According to the embassy, Johnson said: “… I have just discovered we have more than a million people who go to Thailand every year, where our superb consular services deal with some of the things that they get up to there.”