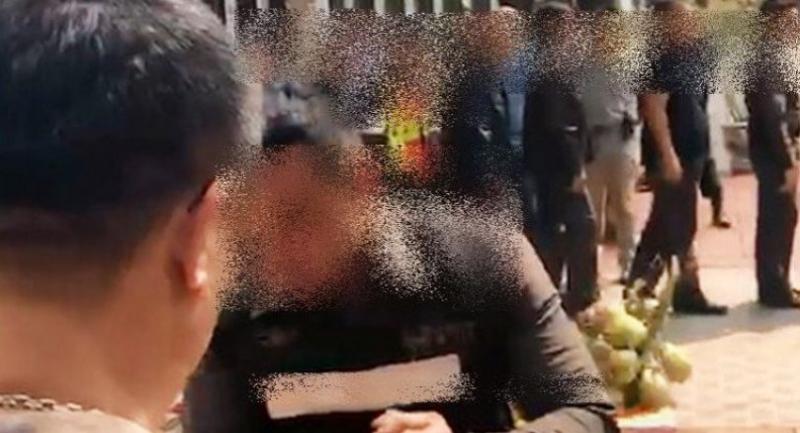 Sixty policemen from four police stations in Bangkok are facing a disciplinary probe for having allegedly received angpao – or Chinese New Year gift money – from an alleged gambling den owner.

Pol Maj-General Boonyarit Rodma, commander of the Metropolitan Police Division 7, signed an order to start the investigation on Saturday.

Boonyarit took the action after a Facebook user with account name “Komsarn Pokong” posted a video clip on Friday, showing many policemen waiting in the long queue to get angpao.

“I don’t know what to say. Policemen wait in line to get angpao from an influential person who has been defying the law and the state power. Signed! This is Thailand,” the person said in the post. By noon on Saturday, or about 15 hours after the post, the clip had been viewed over 159,000 times and shared over 2,200 times.

Metropolitan Police commissioner Pol Lt-General Charnthep Sesawet said he has seen the clip but he was still awaiting an official report from his subordinates as to where it happened.

Facebook users said there were about 250 policemen in the queue but Boonyarit said the number was about 60.

Boonyarit added that he has learned that the policemen came from Talingchan, Thamma Sala, Bang Yikhan and Bang Saothong police stations.

Boonyarit said the chief of each of the four stations had summoned the policemen to be questioned. They would be asked about the place and the value of the gift they received.

Each station will file a report to the Metropolitan Police Division 7 within a week, Boonyarit added.

He said the intention of the giver and the value of the gift would be taken into account before a disciplinary measure was handed down.

On February 9, Pol General Chalermkiart Sriworakhan, deputy police commissioner general, instructed all station chiefs to ensure that none of their subordinates would receive angpao money from Chinese businessmen or else they would face disciplinary actions.