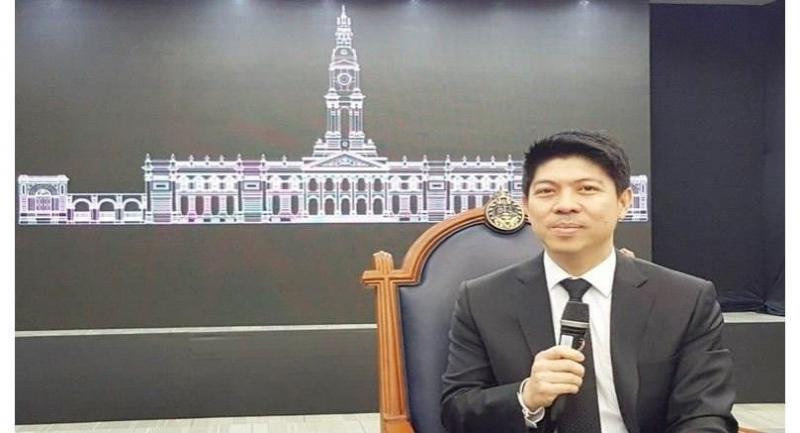 On Friday, police filed their second 12-day detention request against the president of Italian-Thai Development Plc, Premchai Karnasuta, as the first detention round for interrogation was due to end today.

Premchai and his three companions are accused of nine offences in regard to poaching and possessing wildlife after they were intercepted on February 4 in Thung Yai Naresuan Wildlife Sanctuary by wildlife rangers and the Thung Yai chief, Wichian Chinwong. They were then officially charged by Thong Pha Phum police, a process that kicked off a police investigation.

Following police procedures, they can face a maximum period of 84 days for interrogation, as the offences carry penalties of up to a 10-year jail term. But every 12 days, police must file a request to the court to approve the so-called detention period, and the accused persons are supposed to show up to acknowledge that request.

Premchai and his party, however, who are out on bail, did not show up as expected. Instead, the court ordered that they report themselves to the fifth detention request deadline on March 26. This prompted members of the public to raise questions about how the legal proceedings against them are being conducted and whether Premchai and his party would face justice.

Suriyan Hongwilai, Court of Justice spokesman, told The Nation that Premchai’s case is now in the police investigation process, during which detention for interrogation and the rights of the accused to be released on bail are critically important.

By law, the police will file their request for the first round of detention for interrogation to the court to approve. The court would then exercise their judgement as to whether the accused should be released on bail during the interrogation or not.

The court will first ask the accused whether they will oppose the police’s detention request. If they won’t, they can file a request for bail for the court to consider.

The court can ask them further in regard to the other rounds, up to four, to consider releasing them at once. Only after the fourth round of detention will the court additionally investigate a police request to see whether bail should be granted, and the accused are required to show up.

That’s the reason why Premchai and his co-accused did not show up on Friday, but were ordered to appear at the court on March 26, according to Suriyan.

“In Premchai’s case, Premchai and his party on February 6 did not oppose the police detention request. The court then asked them further for other rounds before granting them bail,” said Suriyan.

Suriyan added that this case was dealt with under special circumstances, as the Thong Pha Phum Provincial Court has a project to cut down on reporting periods for the accused during the police interrogation process.

Suriyan said this is because the Thong Pha Phum court considered that it is in a remote area, and that many of the cases presented for its deliberation are minor and the accused are not residents of the area.

The court viewed that calling the accused in every 12 days could place an unnecessary burden on them, so it came up with this project, which was introduced in mid-2013. Accordingly, if the accused people are granted bail in the Thong Pha Phum court, they will be released until the fifth round of detention request is filed, according to Suriyan.

“Actually it’s the same judgement that any other courts apply when considering the matter, however, the Thong Pha Phum court just deals with it constructively via this project,” said Suriyan.

Suriyan insisted that the practice is applied to every eligible accused person, and there is no exemption of legal enforcement for anyone, nor is there a double standard in Premchai’s case.

So far, Thong Pha Phum court is the only one that has that guideline to deal with the reporting periods. This is an internal matter for the court, said Suriyan. Other courts use their own judgement in dealing with the periods as authorised by law.

As to what happens next, “We will see when March 26, arrives because they have to show up,” said Suriyan.