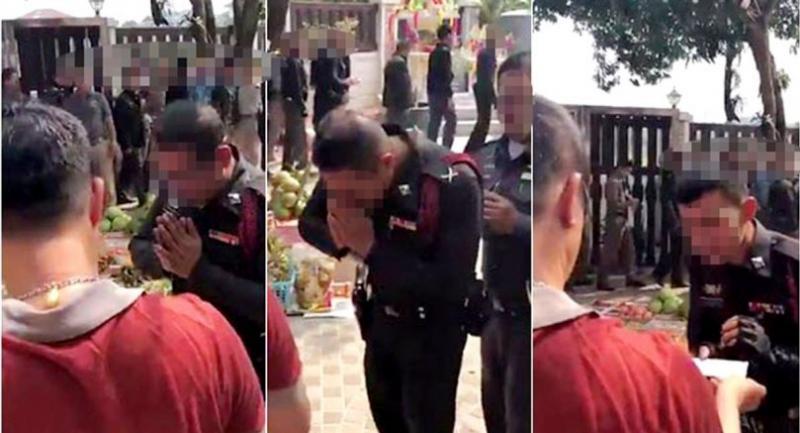 A senior policeman’s Chinese New Year gifts to fellow policemen did not constitute a crime, but might have been a breach of discipline, a Metropolitan Police Bureau commissioner said on Monday.

Charnthep said Metropolitan Police Area 7 had launched a fact-finding probe into the gesture and has asked anyone involved to submit to questioning within seven days.

He cited a National Anti-Corruption Commission rule allowing civil servants to accept cash or items worth up to Bt3,000.

“This case seems to not be a crime, but it might be a disciplinary breach,” Charnthep said.

A Royal Thai Police source said Manas, who distributed the ang pao to fellow Metropolitan Police Area 7 officers at his Thonburi home, was being investigated for having skipped work to travel abroad 96 times between February 2017 and this month.

The source said Srivara wanted Manas removed from duty as a member of Pol General Paisal Cheuarod’s security detail while his allegedly inappropriate actions were scrutinised.

Paisal is a former senior adviser to the Royal Thai Police.

The division ordered Manas to report for duty at his original Area 7 office on Monday and set up a fact-finding committee led by deputy superintendent Pol Lt Colonel Eknirut Wansiripak.