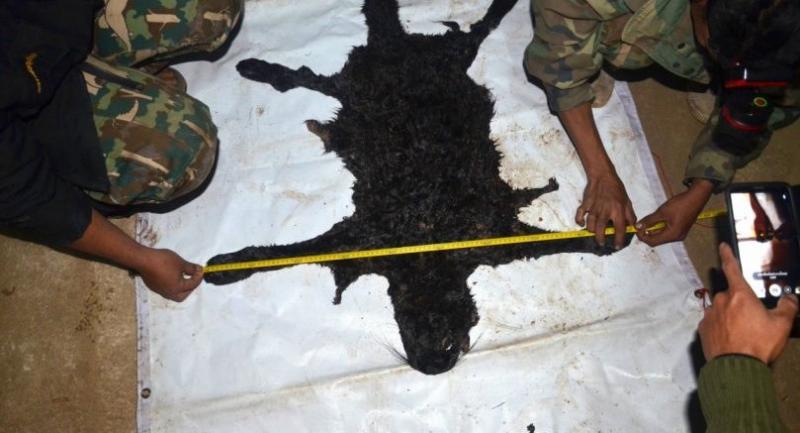 THE SEXUAL organ of a black leopard found slain during the recent arrest of Italian-Thai Development president Premchai Karnasuta and his three companions in Thung Yai Naresuan Wildlife Sanctuary has disappeared, leading the investigators to believe that it was consumed by the suspects.

Chaiwat Limlikhit-aksorn, from the Phaya Sua forest crime suppression taskforce of the National Parks Department, said the organ had not been found, although the animal’s tail was discovered in a soup pot and its back leg had been sliced to the bone. Investigators believe the suspects targeted the organ from the beginning, the chief said, adding that this information would be passed on to police along with other evidence.

Earlier, Chaiwat revealed that the team had also found human excrement suspected to belong to Premchai, which would undergo a DNA test.

Deputy Police Chief Pol General Srivara Ransibrahmanakul, meanwhile, said the most compelling evidence was the fact that Thung Yai rangers had intercepted Premchai and his party in the park.

Other evidence found at the scene, including the excrement, was just complementary to the key evidence, and this would be noted in the police report.

Srivara said the police were expanding their examination of Premchai’s rifles as well as ammunition found at his house to see whether it was of the same type as that found in the carcass of an elephant that was shot dead in Kui Buri a few years ago.

Police initially believe the ammunition does match, but they are awaiting confirmation from forensic tests.

The results would be released this week, he said, adding that there would be a further investigation to see whether Premchai had visited Kui Buri during that period.