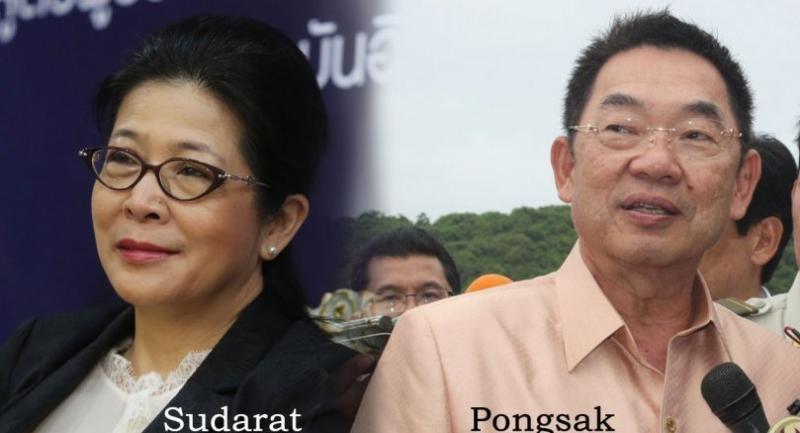 By OLAN LERTRUDTANADUMRONGKUL
THE NATION

Sudarat is strongly favoured by former prime minister Thaksin Shinawatra and his ex-wife Khunying Pojaman Na Pombejra, who both retain considerable influence in the party despite having no executive positions.

There have been no candidates from the Shinawatras to lead Pheu Thai after former prime minister Yingluck Shinawatra fled the country to avoid imprisonment. Yingluck was sentenced to five years in jail in absentia for negligence in a case stemming from her government’s rice-pledging scheme.

There have been efforts from different party factions to remove Sudarat as the favoured candidate to lead the party and therefore its prime ministerial candidate.

Some Pheu Thai politicians recently met Thaksin in Beijing and Hong Kong to persuade him to change his mind. But Thaksin opted to be noncommittal and told them to wait for a decision by a majority vote of the party to select a new executive board.

Sudarat has upset many party colleagues by the way she acted in running the party, despite the existence of a caretaker leader, while others are annoyed by her personality, another source said.

To lessen pressure on Sudarat, the “Big Boss” Thaksin assigned his trusted man Pongsak Ruktapongpisal to take a greater role in managing the party. However, Pongsak is likely to act as Sudarat’s sidekick rather to lead the party himself, as had been rumoured.

Thaksin recently met Pongsak personally in front of a handful of key Pheu Thai figures, according to sources.

Pongsak, a wealthy businessman with no political ambitions, has kept a low profile in the party although he commands a lot of respect among its members. He is also known for his ability to broker agreements between conflicting factions.

His main task now is to fix the growing cracks within the party, particularly over the next leader.

Pheu Thai sources yesterday dismissed the rumour that Thaksin assigned Pongsak to lead the party. A Bangkok politician who is close to Sudarat said this could be an attempt by her opponents to undermine Sudarat’s chance of becoming the next party leader.

“Such a rumour is not good for the party,” the source said. “It mainly depends on the Big Boss. He will choose who leads the party. People who disagree with his choice are just undercurrents.”

Pongsak was “shocked” by the rumour as he had no ambition to lead the party, according to a source.

He entered politics in 1987 as a co-founder of the now-defunct Progressive Party. Five years later the party became part of a new political alliance called the Solidarity Party, in which Pongsak served as a deputy leader.