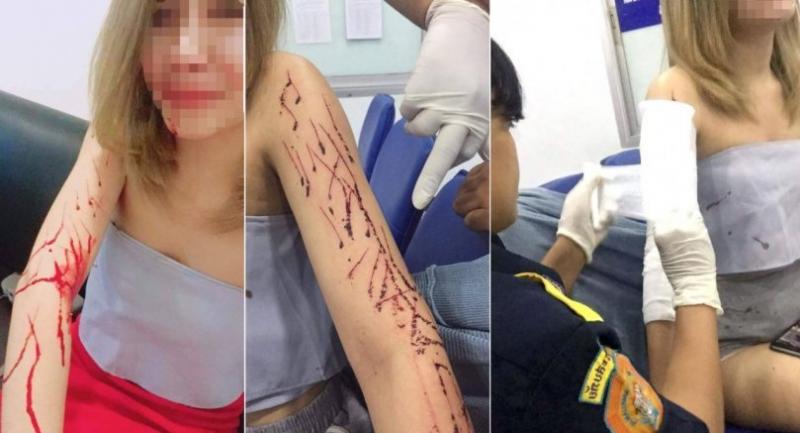 Police are hunting for a taxi driver who injured and robbed a female passenger of Bt14,000 in cash early on Wednesday. The victim, Thongprakai Suksrirat, told police at the Lat Phrao police station that she was robbed after she asked the taxi driver to pause for her to use an ATM before continuing the trip.

Thongprakai filed the complaint at the police station at 3.45am. She told police that she called the taxi at 2am from an entertainment venue on Soi Ratchadapisek 18 to return to her condominium in the Seri Thai area.

When the taxi reached the Nida intersection, she asked the driver to pause to use a cash machine.

After she returned to her seat, the driver continued the drive for a while. Then he stopped, saying he wanted to urinate. But the driver walked to the back door, opened it and tried to grab her handbag.

Thongprakrai said the driver cut her left arm with a knife during the fight, so she had to let go of the bag. She said she kicked the driver and then ran for her life.