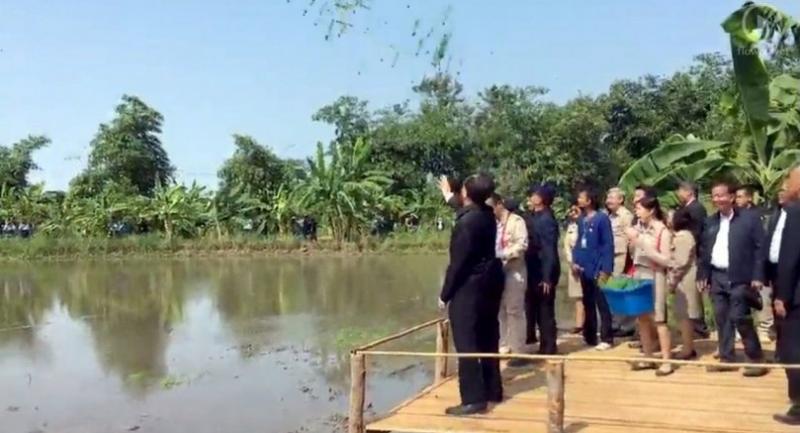 The rice saplings that were thrown to mark an auspicious start to the government’s Thai Niyom scheme – which aims to diagnose people’s problems at a local level – were supposed to land in a rice field.

Instead, they accidentally landed on Prime Minister General Prayut Chan-o-cha’s head, prompting a lighter atmosphere amid the stress that has been building up on the government around the scheme, which some see as a political move by Prayut ahead of the election.

Prayut and other Cabinet members, including Agriculture Minister Grisada Boonrach, arrived at Laembua agricultural learning centre in Nakhon Pathom on Wednesday to launch the scheme.

While the premier was throwing the rice saplings into the field in front of him, Grisada accidentally threw some close to Prayut and they landed on his head, prompting smiles and laughter among the group. Grabbing another bunch of saplings to throw, Prayut joked with reporters and photographers that they should capture such a good moment rather than obsess with recent superstitious claims about broken lotus basil at Government House.