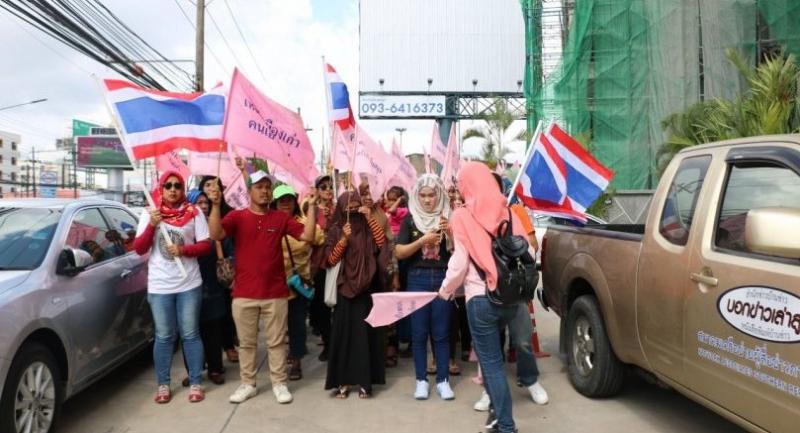 Fifty members of the Thepa residents network for sustainable development on Thursday submitted a formal letter objecting to the agreement this week between Energy Minister Siri Jiraphanpong and anti-coal plant protesters to review the coal-fired plant projects in Krabi and Songkhla’s Thepa district.

The letter was handed over to the Office of the National Economic and Social Development Board deputy secretary Danucha Pichayanan who attended a meeting about the national strategies proposal at Siam Oriental Hotel in Songkhla’s Hat Yai district. Vowing to mobilise more demonstrators in future protests, the network led by its president Lee Samoh and comprising 66 Thepa people groups said they disagreed with the deal because the majority of Thepa residents wanted the coal-fired power plant project.

They argued that it would stimulate the economy of Thepa, which was Songkhla’s poorest district, and those who opposed the project were only one per cent of local population. The network said they would file a police complaint against Siri over alleged abuse of authority under the Criminal Code’s Section 157. The network said it was beyond a minister’s authority to end disputes between the Electricity Generating Authority of Thailand (Egat), the owner of both projects, and the activists.

The network would also file a petition with the Administrative Court to issue a temporary injunction and would send their representatives to rally in front of Government House, in the same manner as the anti-coal activists, until the government agreed to scrap the deal.

They said they might also file a petition with His Majesty the King for justice.