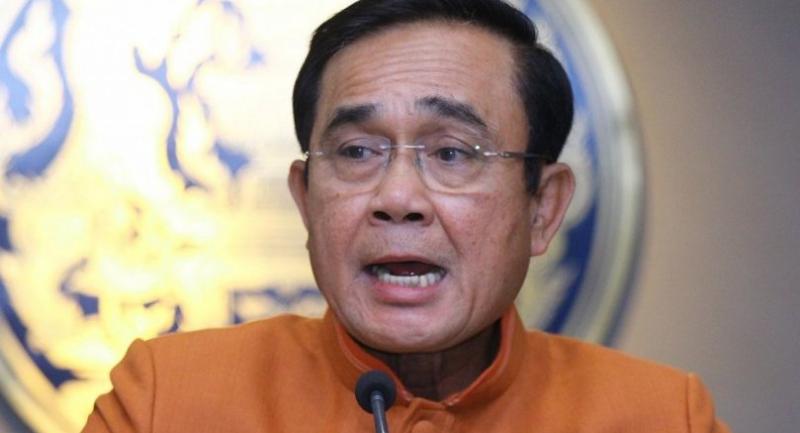 PRIME MINISTER Prayut Chan-o-cha would not tolerate “irregularities” by any state officials and those involved would be punished without exception, Government Spokesman Lt-General Sansern Kaewkamnerd said yesterday.

The government has clearly announced its policy of suppressing corruption among bureaucrats and public officials, the spokesman said.

“Any state official found to be involved, regardless of their seniority, will be punished strictly, without exception,” Sansern quoted the prime minister as saying. “Also, those who neglect irregularities by their subordinates will face disciplinary action.”

The premier has instructed all government agencies to prevent “irregularities” such as those that occurred in the Social Development and Human Security Ministry from happening again, according to the spokesman. He added that anyone learning about dishonest acts involving state officials can report them to the Prime Minister’s Office.

The PM’s remarks came amid investigation into alleged embezzlement of funds for the poor at welfare centres in many provinces.

Meanwhile, the Social Development and Human Security Ministry’s deputy permanent secretary, Narong Khongkham, has said he is ready to be subjected to a fresh probe into the alleged embezzlement.

On Friday, Prayut signed an order to transfer two top officials at the ministry – Narong and his permanent secretary, Puttipat Lertchaowasit – to the PM’s Office to pave the way for a fresh investigation into the case.

The Public Sector Anti Corruption Commission last week inspected some welfare centres upcountry and learned about irregularities in payments to the poor.

The PM’s order noted that the Auditor-General’s Office had informed the ministry that these irregularities might have something to do with some senior officials at the ministry.

The order said the ministry had set up a fact-finding committee to investigate the allegations, but its findings were not complete. A new fact-finding team would be set up to ensure fair treatment.

Prayut, using his powers under the Administration Act, signed an order to transfer the two officials to the PM’s Office, where they will perform their duties under the supervision of the deputy PM in charge of supervising the ministry.

A source at the ministry said the transfer of the two officials was aimed at enabling the new committee to proceed with its probe. However, it did not mean that the two had committed any wrongdoings.

Narong said he has acknowledged the premier’s order, and insisted that he had not been dismissed from his post. The transfer was just to pave the way for the probe, and he was ready for that, he said.

Prayut described this improvement in the CPI score as “good news” and noted that the country has fared “generally better” over the past three to four years, during which this post-coup government has been in power, according to the spokesman.

However, he said the government admits there is some room for improvement in certain areas regarding the country’s corruption problem.