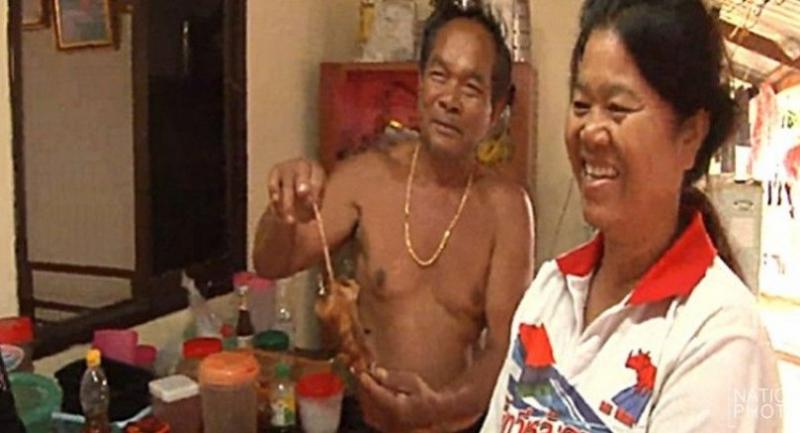 The father of the 31-year-old Thai boxer Srisaket Sor Rungvisai, who successfully defended his super flyweight title in Los Angeles on Sunday, is preparing Isaan delicacies to welcome his son back home on Tuesday.

Jiamsak Wang-ek, said he will bring his son’s favourite meal – a grilled Bandicoot rat, 10 pigeons and spicy red ant eggs with sticky rice – when he and other relatives welcome Srisaket at Bangkok’s Suvarnabhumi Airport at about 10am. “Every time I pick him up at the airport from a trip abroad, he always says he feels hungry, as he always spends some time after emerging from the plane to meet people who come to congratulate him and to give interviews to the media.

“I’m worried about him, so I’ve prepared his favourite meal,” Jiamsak said.