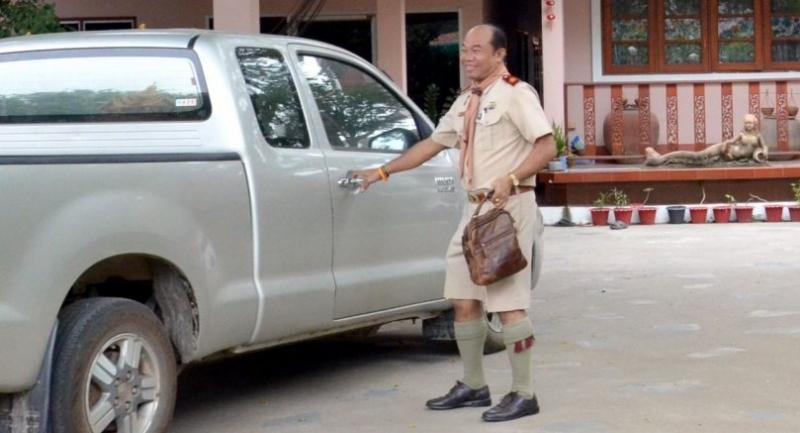 ARREST WARRANTS will be sought today for a teacher and a lottery ticket vendor involved in the Bt30-million lottery controversy in Kanchanaburi, both of whom are accused of giving false information with malicious intent.

National police chief Pol General Chakthip Chaijinda is supposed to hold a press conference today suggesting there was a group of people making up the story.

Police indicated that Preecha and Rattanaporn fabricated the story four months ago to cheat the real owner of the lottery. They will face three charges of giving false information concerning a criminal offence, giving information of an offence that they knew had not been committed, and giving such information with malicious intent against another person.

If found guilty, they could be sentenced to five years in prison or fined a maximum of Bt60,000.

Preecha, however, said he was not afraid that warrants would be issued for him and his primary witness.

He added that the truth was on his side. “The truth is that I lost the five lottery tickets that won the jackpot, so I don’t fret about whatever happens after that ... I am ready to face the truth,” he said.

“Everyone is telling the truth,” he added, referring to himself and his two witnesses, both lottery vendors. “It is for a court judge to prove who is the liar.”

Preecha said he had never made any direct accusations or harmed anyone.

Asked what he would do if he were served with an arrest warrant and summoned by police, Preecha said he would not resist because he trusted the matter would be handled in accordance with legal procedures.

Preecha also dismissed a news report claiming he moonlighted as a moneylender. “I don’t earn enough to lend out any money – I only just make ends meet every month,” he said.