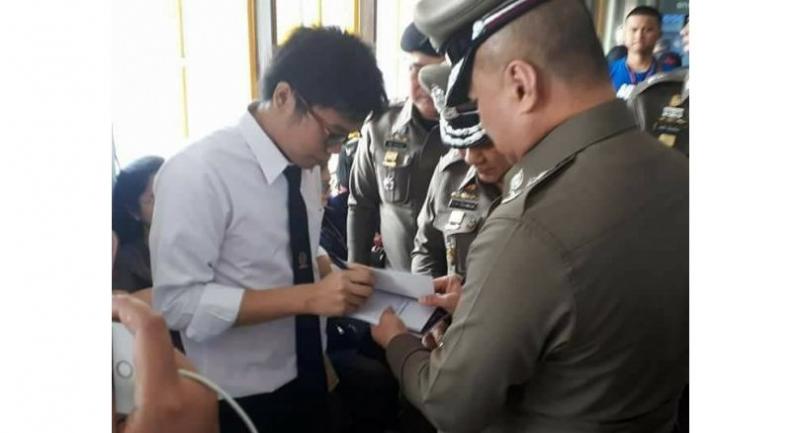 The complaint stems from Netiwit’s Facebook post, which says “Pol Gen Srivara said in the [police] meeting: ‘This book is good. Do you people have it already?’”

Srivara asked the Technology Crime Suppress Division to prosecute Netiwit for allegedly breaking the computer crime bill by “posting false information to a computer system in ways that may cause damages to people”.

Netiwit’s post referred to the philosophical text “Message to Our Century: Three Essays of Isaiah Berlin”, which he translated and is keen to promote.

Netiwit personally gave the book to Srivara, who has pledged to track down “financiers” behind pro-democracy movements, on February 8 when he reported to police to face charges for joining an assembly last month advocating an election.

Netiwit’s message added that he was not backed by any financier and was instead supporting himself through book sales.

The student activist told The Nation that he would take the most recent complaint lightly.

“Let him do what he wants. If there is really a case about this, I’ll just fight it,” Netiwit said. “I don’t see how such a message could ever be instigating.”

Srivara has been leading legal actions against pro-democracy activists, who recently have launched a series of assemblies to demand the junta government hold an election this year.

However, the court turned down Srivara’s request on the grounds that police should issue a summons for Ekachai first.