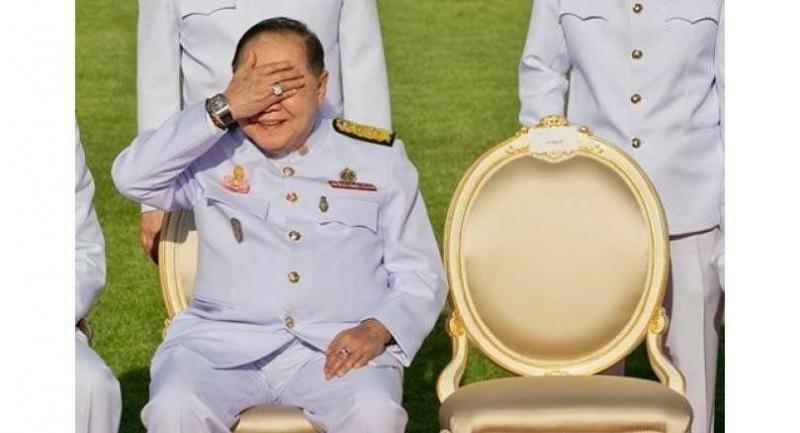 Deputy Prime Minister General Prawit Wongsuwan covers his eyes, displaying a luxury watch and a ring, during a photo call with other members of a new Cabinet in Bangkok in December. / AFP

The NACC has already requested interviews with four individuals involved in the case.

“There are a total of 25 watches seen worn by Prawit. If we find anyone is involved with any given watch, we will invite them [for clarification],” Worawit said.

The NACC recently sent a fourth letter to Prawit asking him to clarify details regarding each watch by mid-March, Worawit said.

“In the case that we need to invite Prawit to meet the NACC, we will,” Worawit said.

Asked if Prawit will be given more time to submit an explanation after the latest deadline, Worawit said it depended on his explanation, adding that normally the NACC treated each case fairly.

The NACC has already delayed the investigation, which was originally supposed to conclude last month, amid criticism that the agency is trying to stall.

Prawit previously told the NACC in letters that he had borrowed the watches from friends and already returned them. The general has also pledged to resign if found guilty or if people “do not want him to stay” in his position.