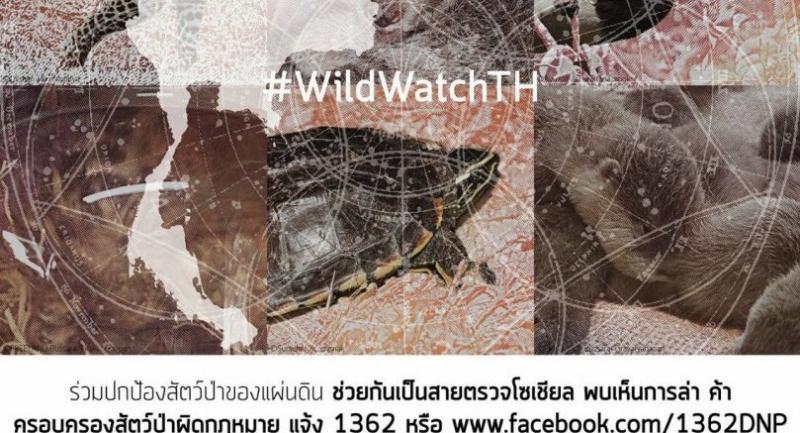 The public is invited to become the eyes and ears of online anti-animal-trading efforts through a social media campaign launched by the Department of National Parks, Wildlife and Plants Conservation (DNP) together with a coalition of conservation NGOs.

This effort builds on the public uproar that followed the recent publicity over the hunting and killing of a highly endangered leopard in Tung Yai Naresuan Wildlife Sanctuary early last month, said a statement issued on Saturday by the group.

The campaign builds on Thailand’s status as a highly digitally literate society. Bangkok is the city with the world’s most Facebook users, pegged at 27 million in 2017. And Thailand also sits in the world’s top 10 countries for social media use and adoption growth.

The effort will share information about some of the most vulnerable species and raise awareness of the DNP’s anonymous hotline number (1362) for reporting potential offences involving illegally traded wildlife.

The campaign launch features a series of social media posts highlighting the six species most commonly illegally owned and traded online through both closed and open social media groups in Thailand.

Each post will invite the public to look online for examples of suspected sales of these species and to report them to the hotline.