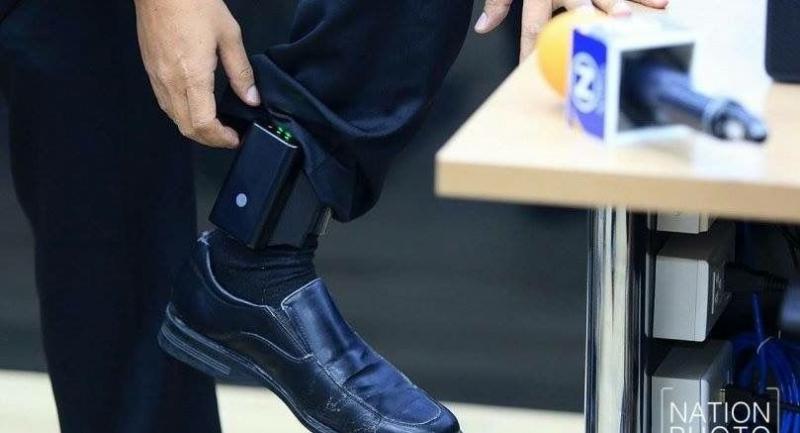 The Bangkok court is the first of 23 courts in a pilot study that begins this month.

A Min Buri court judge on Saturday ordered a suspect in a case of drug abuse and possession for consumption to wear the Electronic Monitoring (EM) device. The judge also required only Bt10,000 in cash as a surety bond to approve a bail release pending the police investigation, Sarawut said.

Offenders would be considered for the EM project if they cannot afford a traditional surety bond and had not committed serious crimes.

The pilot project saw 5,000 electronic bracelets distributed between 23 courts for the March 1 kick-off, and funded through a Bt80.8 million budget allocation.

The approach aims to prevent suspects from jumping bail, reduce incarceration of people who cannot afford to post bail, tackle the issue of jail overcrowding.

Officials – working eight-hour shifts with eight staff on each shift - will staff the EM Monitoring Centre around the clock to check and limit the travel to within the permitted area for bailed or paroled individuals.

The ankle devices – each weighing only 230 grams and equipped with a GPS – would send off signals and exact real-time locations. It would trigger an alert about any attempt to remove or destroy the device or violate other parole conditions.

Another 50 will go to the Central Criminal Court for Corruption and Misconduct Cases and each of its seven regional branches that have joined the pilot project.

Chanthaburi, Chiang Mai, Nakhon Pathom, Nakhon Ratchasima, Nakhon Si Thammarat and Songkhla courts are each being given 300 devices, while Pattaya, Kalasin, Khon Kaen, Phitsanulok and Surat Thani courts were each given 200.