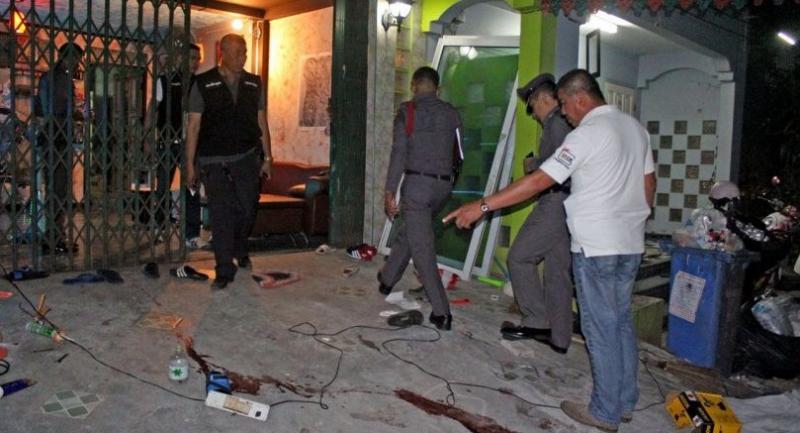 One person was killed and another critically injured in a shooting in Rassada, east of Phuket Town, on Sunday night.

Police found blood and several .45 bullets on the ground near the gate the two-story house, which also hosts a tattoo shop on the ground floor.

Sinchai, who was shot in his chest, died at the hospital. Jakkapan was critically wounded.

Police found that the two had been fixing Sinchai’s car with another two friends when three more men arrived in a black Mitsubishi Pajero car and riding a motorcycle.

They asked for “Sin”, and when Sinchai stood, Jakkapan saw one of the men pull out a gun and tried to intercept him. Both men were shot before the assailants fled.

Police believe the motive for the killing was financial as Sinchai had bought a motorcycle from one of the men and still owed him money.

Officers said they already had suspicions about the assailants’ identity and were confident about making an arrest.