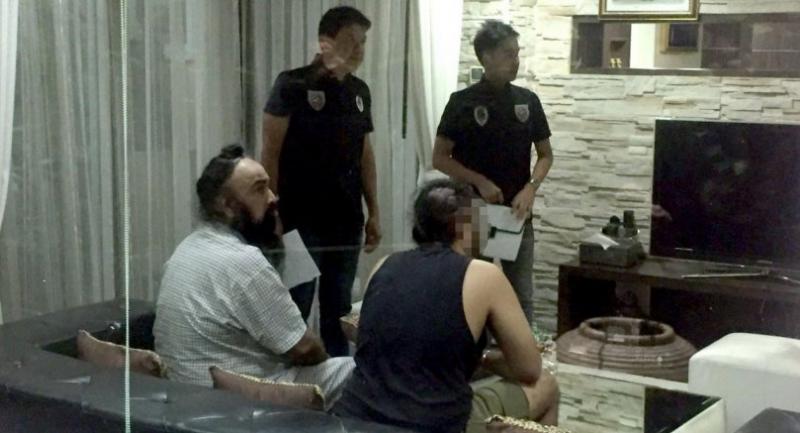 AN INDIAN textile businessman, who is accused of abetting drug crimes, was arrested in Bangkok on Tuesday and three locations linked to the 52-year-old were raided and assets worth Bt130 million were impounded.

The Narcotics Suppression Bureau (NSB) operation, code-named “Chaiya Sayop Pairee 61/4”, saw police officers raid a total of 30 locations across the country on Tuesday to crack down on drug traffickers and accomplices. He was arrested at 7am at his home in Soi Sukhumvit 39 under a warrant issued on Monday accusing him of being connected to the possession of “ice” crystal methamphetamine with the intent to sell. Chalermkiat said police had found that Singh had provided financial backing to 12 suspects whom police had previously arrested in relation to that bust.

He said Singh, who owns a tailor’s shop in the Sukhumvit area and rental properties, was initially found to have wired Bt3 million to the suspects, but police suspected he had wired more money on other occasions.

He had been careful not to have drugs in his possession, so police did not found any in on Tuesday’s operation, Chalermkiat said. He said police would investigate further to identify more accomplices.

During the search of his three properties, officers found documents detailing financial transactions, leading them to impound two Sukhumvit houses along with a Mercedes-Benz E200 sedan and a Toyota CRV as well as cash and other valuables, worth a total of Bt130 million. Yingyos said details of the operation would be announced at a press conference today.

A neighbour who asked not to be named said Singh had lived at his Bangkok house for 15 years and was involved in charitable works, so the arrest might be a business competitor’s attempt to intimidate him.