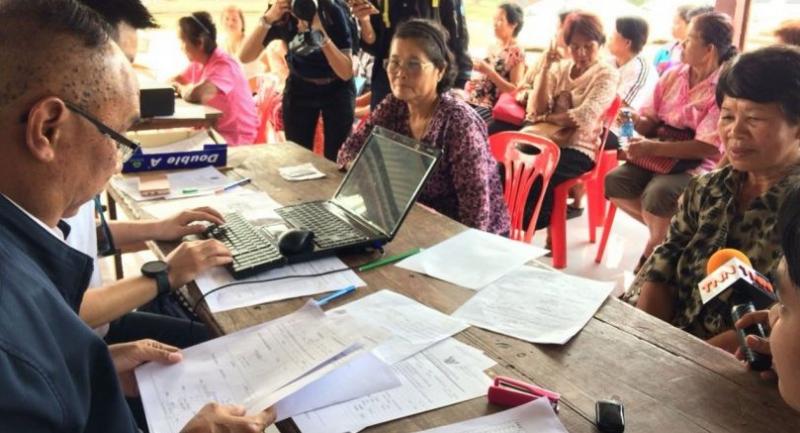 AT LEAST 25 people – including directors of five centres – have been involved in the alleged embezzlement of state funds from many protection centres for the destitute, an investigation has revealed.

The ongoing probe by the Public Sector Anti-Corruption Commission (PACC) has found suspected misuse of funds allocated for the poor and needy at 28 provincial branches of the centre, according to Pol General Jarumporn Suramanee, a PACC executive board member who acts as its spokesman. The PACC executive board, chaired by Kitti Limchaikit, met yesterday to discuss the matter.

After more than two hours, the board resolved to appoint a fact-finding subcommittee to look into suspected irregularities in five more provinces where funds were skimmed from the budget intended to help low-income families, HIV patients and the destitute.

The five provinces are Nong Khai, Bung Kan, Trat, Nan and Surat Thani, according to Jarumporn. Subcommittees were previously appointed for Khon Kaen and Chiang Mai. The centres are under the Social Development and Human Security Ministry.

Jarumporn said yesterday that the directors of the centres in the five provinces were found to have been involved in the alleged embezzlement.

A number of junior officials at the centres, state officials at other local agencies and outsiders were also suspected of being involved, he added.

He said that if the officials were found to be involved in the fraud they would be charged with malfeasance, dereliction of duty, and falsifying official documents, as well as other charges. The anti-corruption law might also be applied, he added.

Jarumporn said the investigation team would examine budget records of the centres involved back to fiscal year 2015 to determine if there were any suspicious cases. The alleged scandal was first exposed by a university student who was sent to train as part of a community development course at the Khon Kaen Protection Centre for the Destitute.

Panida Yotpanya, a senior student at Maha Sarakham University, reported a suspected irregularity to authorities after she was ordered to complete false information on official documents and falsify the signatures of supposed aid recipients. Her tip-off led to PACC investigations into dozens of centres all over the country. Meanwhile, Social Development and Human Security Minister General Anantaporn Kanjanarat yesterday said he would implement an “initial punishment” against the ministry’s officials found to be involved in the scandal. He did not elaborate.

He said that according to the ministerial regulations, it could take as many as 180 days for disciplinary action to be taken. “Society may view us as not serious in dealing with the issue,” he said. The minister also asked the junior officials who were forced to get involved in the fraud to come forward and confess so that they would get leniency. “They will be treated as witnesses,” he said.