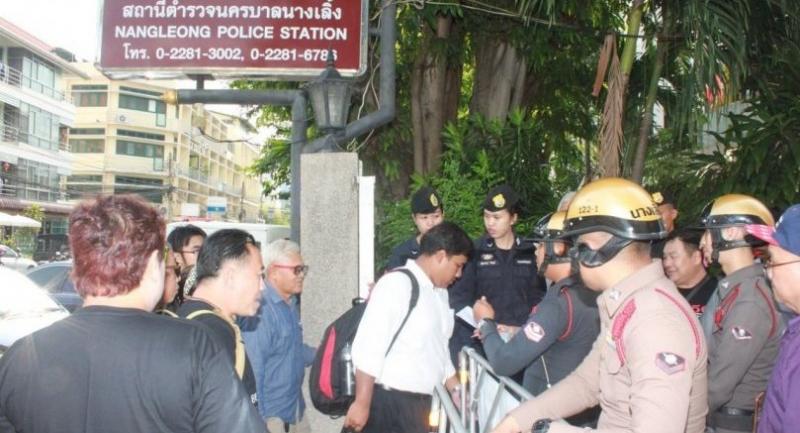 FIFTY PRO-ELECTION protesters have reported themselves to police and denied all charges filed against them.

Forty-three of the demonstrators met investigators at Bangkok’s Nang Loeng Police Station yesterday while the seven protest leaders had already reported themselves after being summoned by police.

After being interrogated, they were all released after being told to meet police again on the morning of March 27 at the station, when the suspects will hear whether public prosecutors will indict them.

The protesters gathered near Democracy Monument on February 10 to demand that a general election be held in November, as had been promised by Prime Minister Prayut Chan-o-cha.

They were charged with violating a junta ban on political gatherings and the law on public assembly. The seven protest leaders are also charged with instigating public disturbances.

Police later summoned them to meet case investigators at Nang Loeng Police Station, which has jurisdiction over the protest area.

Some of the protest leaders were present yesterday at the police station to offer moral support to the demonstrators summoned by police, including Sirawith Sereethiwat, Rangsiman Rome and Chonthicha Jangrew.

However, only the summoned protesters, their family members and lawyers were allowed inside the police station. Other people, including friends, reporters and the protest leaders who had met with police previously, were prevented from entering.

Some activists were also involved in an exchange with junior police officers blocking them from entering the police station, and a non-commissioned policeman on duty told them that they were acting on orders from their supervisors.