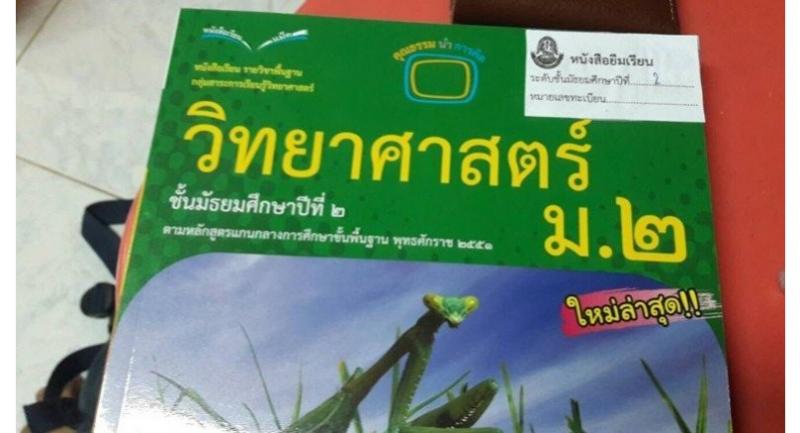 EDUCATION MINISTER Teerakiat Jareonsettasin has cancelled his plan to require all school students to borrow textbooks for their studies.

For the past decade, students have received basic textbooks from the government for free.

However, after Teerakiat rose to the helm of the Education Ministry in late 2016, he floated the idea of book loans.

Arguing that the move would significantly reduce the state budget, Teerakiat announced that the loan-based approach would be in effect across the country from the 2019 academic year onwards.

In recent years, textbook procurement has cost the government about Bt5 billion annually.

The Education Ministry had already presented the book-loan plan to the Budget Bureau in preparation for the 2019 fiscal year, which starts on October 1.

Teerakiat has now changed his mind and written to the Budget Bureau to inform them of his decision.

“We have decided to not go ahead with the book loan because the content in many subjects has [undergone] significant change during the past one to two years,” said Office of Basic Education Commission (Obec) secretary-general Boonrux Yodpheth yesterday.

When course content was updated, old textbooks would not work in class, he added. One schoolteacher told The Nation that if the book-loan initiative had not been scrapped, her school would have suffered. “We have managed the budget for textbook procurement [to also purchase] some exercise books so that our students can get additional materials without extra cost,” she said.

“These exercise books can be bought only when we arrange |the loan of books that can be loaned.”

Under a forced-loan approach, the budget available for buying textbooks would have been reduced, thereby also reducing the number of exercise books available to help students with their studies, she explained.

Her school has taught more than 100 students, many of them from cash-strapped families.