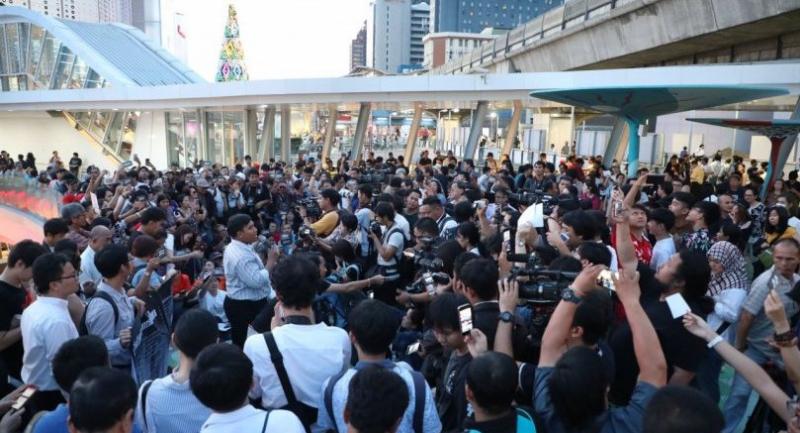 The Attorney-General will have the final say in confirming an order by a senior public prosecutor not to pursue a case against 24 pro-election protesters, his office said yesterday.

Prayuth Phetkhun, deputy spokesman for the Office of the Attorney-General, said that according to the relevant law governing the agency, decisions by prosecutors not to pursue cases on such grounds need to be forwarded to the attorney-general for a final decision.

“If the attorney-general agrees with the decision, the order by the prosecutor is then confirmed,” he said.

The prosecutor in charge of the case, Kirkkiat Rathnawatham, made his decision on Friday not to indict the 24 protesters on grounds that legal action against them would not benefit the public, although they were found to have violated laws.

The protesters had been charged with violating the junta ban on political gatherings of five or more people and the Public Assembly Act.

They took part in a rally earlier this year at the Pathum Wan intersection, when they called for an election to be held within this year and accused the ruling National Council for Peace and Order of attempting to stay on in power.