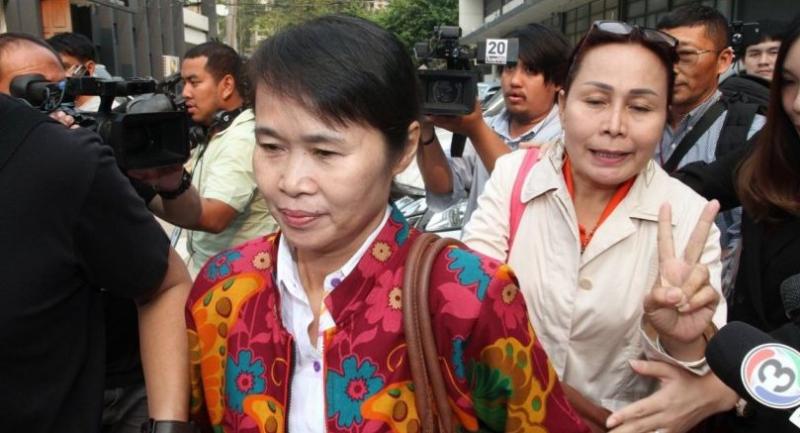 Pol Maj-General Kamon Rienracha, chief of the Counter Corruption Division, identified the three as Preecha Kraikruan, a claimant of the winning prize, and lottery vendors Rattanaporn Supathip and Patcharida Promta.

Preecha, a teacher who claimed he had lost the winning tickets, which were allegedly picked up by a retired police officer, Charoon Pramuan, was summoned to meet police on Thursday morning. Rattanaporn is due to report on Thursday afternoon and Patcharida on Friday morning.

The three are accused of supporting Pol Maj-General Suthi Puangpikul, a provincial police chief in Kanchanaburi, who allegedly changed the contents of investigation reports to support Preecha’s claim that the tickets in question were his.

The three allegedly certified the investigation reports reviewed and changed by Suthi, meaning that they abetted Suthi’s offences.

Kamon said the three suspects had not yet acknowledged that they would meet police.

Suthi was recently transferred to police headquarters in Bangkok pending investigations into allegations that he changed the contents of his reports.

Last week, the Central Investigation Bureau (CIB), which took over the probe from Suthi’s office, said he would be charged with dereliction of duty over the matter.

The CIB said Suthi had believed Preecha was the real owner of the tickets so he performed his job in a way to support that belief.

If charged in connection to the case, it would be the second charge Preecha and Rattanaporn will face after they were arrested for filing false reports against Charoon last week.

In the fight over the ownership of the tickets, Preecha filed a complaint against Charoon for embezzlement and receipt of stolen items, while Charoon accused Preecha of filing false information against him.

The arrests of Preecha and Rattanaporn appeared to indicate that investigators believed the tickets belong to Charoon.

Thanukorn told Kanchanaburi police that he had seen Charoon pick up the winning tickets, apparently to support Preecha’s claim.

However, when the CIB took over the case, he reversed his statement, saying he could not be sure that Charoon had picked them up.