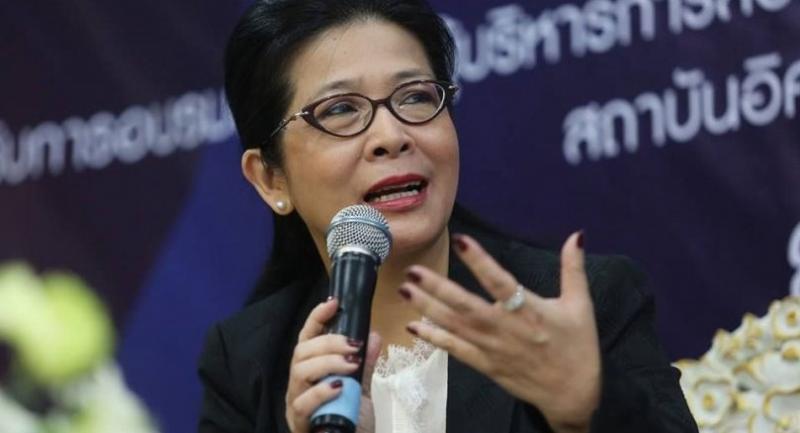 Pheu Thai politicians remain split as to whether Khunying Sudarat Keyuraphan should become the next party leader.

As Sudarat seems to be increasingly gaining support from more party colleagues from the Northeast, some elements in Pheu Thai have disputed views she has expressed about the party.

Young Pheu Thai politician Pachara Nariphathaphan on Tuesday voiced his opposition to Sudarat’s remark that the party was part of the “mud hole” in which Thailand has been stuck for many years due to lingering political conflicts.

“Instead, Pheu Thai Party was hit by road traps and we got robbed,” he said, apparently referring to the military coup that overthrew the government that the party had led in 2014.

Pachara, the son of former energy minister Phichai Nariphathaphan, added that he believed Pheu Thai had personnel with the potential of fixing the problem and “replacing the flat tyre”, so that Thailand would be able to move on.

In a thinly veiled attack apparently aimed at Sudarat, the politician said: “The problem is someone chooses to be obsessed with their status. They often cite religious reasons and goodness for their own benefit. This in turn causes people to lose faith in them.”

However, Sudarat has gained the backing of many Pheu Thai politicians in northeastern provinces, who view her as the most suitable candidate to become the next party leader, according to former Pheu Thai MP Chaiya Phromma, who represented the province of Nong Bua Lam Phu.

“Many northeastern ex-MPs I talked to consider that Khunying Sudarat is the best choice to become Pheu Thai leader at the moment,” he said.

“Personally, I see that she is capable of leading Pheu Thai into a new political era, upholding democracy, preserving the top institution, and bringing about reconciliation and peace in Thai society,” he added.

Young politician Surachart Thienthong – a former Pheu Thai MP for Bangkok – said he also believed that Sudarat was suitable to become the party’s next leader.

Surachart said he had worked with Sudarat and saw many good leadership qualities in her.