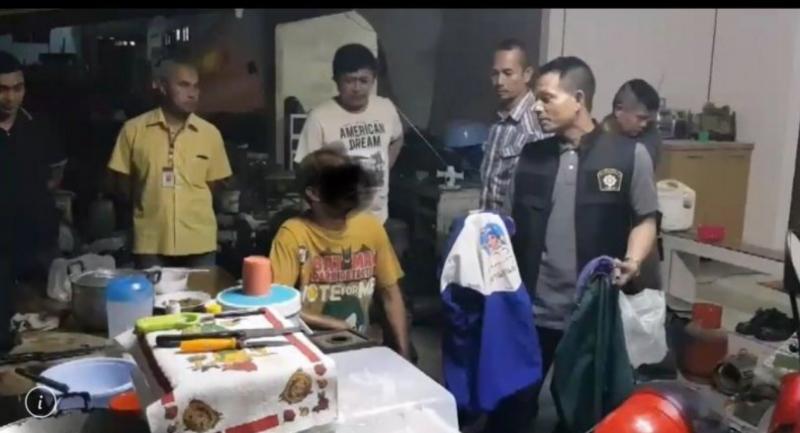 A 50-year-old Phuket man has been arrested by Cherng Talay police after allegedly robbing a convenience store using a fake gun on Tuesday.

After checking CCTV footage, police tracked the route the thief took on his motorcycle. He went along Ban Don, Ban Ya, Ban Pon, Thepkasattri, Koh Kaew, and took a shortcut near Tin Mine Museum and finally Kathu, where Jamlaeng Thatiebthong’s house is located. Jamlaeng was arrested and an air-gun and Bt1,000 cash that was taken in the robbery, were found.

He said he knew the best route to flee the scene as he worked as a security guard near the convenience store. Police said he admitted he robbed the store to pay debts.