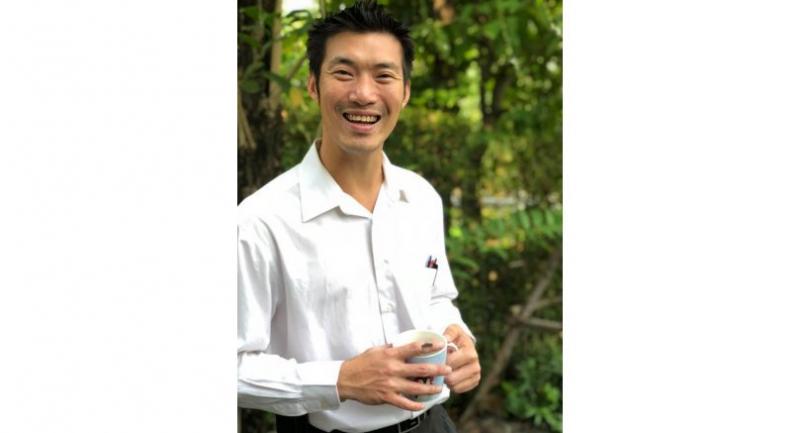 AMID SKYROCKETING popularity, tycoon Thanathorn Juangroongruangkit is pushing forward with his plan to launch a brand-new, “young blood” political party, despite threats from the ruling junta.

The 39-year-old billionaire will introduce the party in the company of 25 founding members today at a press conference, which he has referred to as “drinking coffee with Thanathorn and friends”, before going to the office of the Election Commission to submit a request for the party registration.

The party’s name, which will be officially announced today, is reportedly New Citizen Party.

Thanathorn also submitted a letter yesterday to the Stock Exchange of Thailand, notifying them of his resignation from the board of Matichon Group.

The prospective party, which was first mentioned by Thanathorn earlier this month, stands out not only because it is introducing a new generation to politics, but also for its tendencies identified as progressive, judging from the records of its founding members.

Besides law professor Piyabutr Saengkanokkul, who is known for his expertise on constitutional issues and the lese mejeste law, members include activists and campaigners for the rights of social minorities, academics and freelance writers. Most members are in their 20s and 30s.

The group has drawn attention not only from the public but also the ruling National Council for Peace and Order (NCPO), which earlier warned Thanathorn not to “cross the line”. “If the event happens as Thanathorn announced it would, it could be deemed wrongdoing. Responsible officers will have to evaluate and consider taking action,” Winthai said.

“[Prayut] does not take it seriously, only saying that they should do it appropriately and it should not be ‘too much’,” the source said.

Thanathorn responded that the event would not break the junta’s ban because it was not meant as political campaigning or an announcement of party policies.

In a Facebook post, he said the event would be held simply to explain the party’s registration request, discuss on the country’s future and answer questions asked of his group.

“I urge the government and the NCPO to create an environment that supports people exercising their rights and freedom creatively, as well as to hold the election by their schedule,” he said.

“For a dignified election, I call on them to allow me and other parties to exercise our rights and freedoms to perform political activities on a normal basis, which should bring about creative discussions of our future and policy plans, enabling a quality election and politically educated people,” he said.

“These factors all contribute to a strong democracy.”

Regardless of the junta’s threats, Thanathorn yesterday did not make any changes to his plans, aside from omitting the phrase “attitude adjustment”, which was seen as mocking the ruling junta’s detention of critics, from the name of the event in a Facebook post.

Imposed shortly after the 2014 coup, a junta ban has frozen political parties from taking collective action, even after the political party bill was enacted last October.

To “facilitate” parties’ actions, the NCPO issued an order in December giving more leeway for new parties to get ready for the election, which has been promised for February of next year after multiple delays.

The order also required that prospective parties request registration starting on March 1, with more than 40 parties having already done so.

With many parties having a clear platform to support Prayut, or at least his agenda, many hope Thanathorn’s party will be a new alternative, including to the major, powerhouse parties that have been involved Thailand’s prolonged political crisis. Thararat Panya, a 22-year-old feminist campaigner and party cofounder, told The Nation that she wanted to form a party that opened opportunities for the younger generation to create a culture of civic participation.

“We have lost faith in Thai politics after our voices were ignored,” Thararat said. “This significantly has led to false solutions to problems as our opinions were not heard and only the powers-that-be had a say.”

Once a sexual harassment victim at her university and eventually a successful campaigner advocating punishment of wrongdoers, Thararat said gender-based agendas should also be developed in the political arena.

“Those agendas have been given less attention, although they are actually political,” she said. “I wish to raise more social awareness about feminism, gender equality and sexual harassment, emphasising how they need to be given attention.”