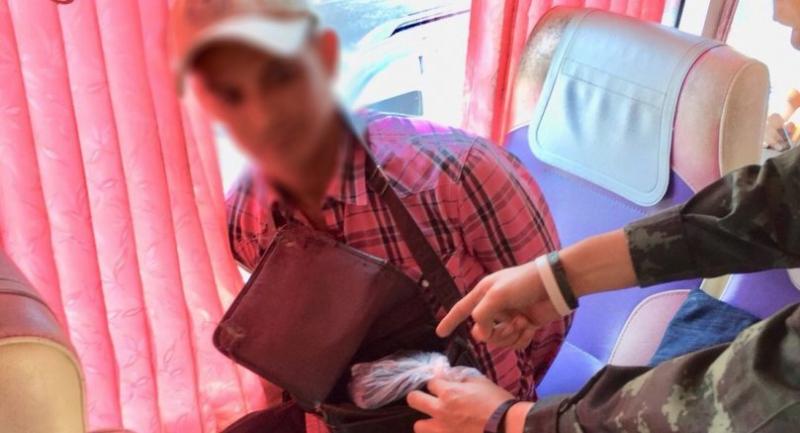 A Nakhon Si Thammarat native, Yuthana Ponsud, 41, was arrested on Wednesday at Phuket Gateway at Thachatchai Checkpoint while allegedly carrying 1,957 amphetamine pills with a street value of Bt350,000 to Phuket.

He was caught during a routine search of a Trang-to-Phuket bus. His behaviour raised suspicions hence police asked to check his bag and found the drugs inside. He was taken to Thachatchai Police Station for further investigation. He has been charged with dealing in illicit drugs.

He told police that he had received the drugs from a man named “Song”, who paid him Bt10,000 to carry the drugs to Phuket. Song had placed the drugs in a rubber plantation at Huay Yod district, Trang, from where Yuthana picked them up before getting on the bus.