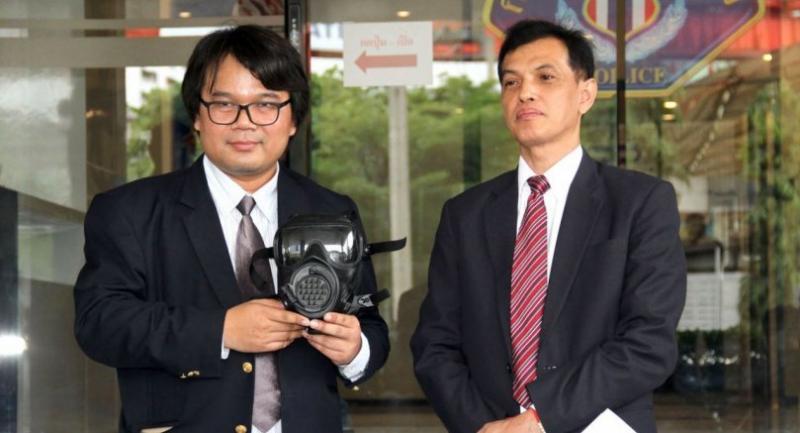 THE ROYAL Thai Army (RTA) will set up a fact-finding committee to investigate allegations surrounding a research project to develop safety masks for the military.

The first allegation, raised by the RTA, accused several researchers from two universities and two colonels at the Army Research and Development Office (ARDO) of using a fake document for the project.

The accused academics consequently alleged that there might be attempts to disrupt the project, which has the potential to effectively end the need to import such masks from abroad.

“RTA chief General Chalermchai Sittisart will ensure justice to all sides by setting up the fact-finding committee. We will not protect wrongdoers. But we will continue to support researchers who work for national interests,” RTA deputy spokesperson Colonel Sirichan Nga-thong said yesterday.

She was speaking up after Assoc Prof Weerachai Phutdhawong, a lecturer at the Kasetsart University, and three other academics lodged a counter-complaint against two senior military officers at the ARDO on Thursday.

The complaint has accused ARDO director Maj-General Saksit Chuasomboon and Colonel Kong Chainarong, also a senior member of the ARDO, of filing a false complaint with police against the project’s researchers, demanding bribes, abuse of authority and extortion.

“We have properly completed the research project on February 8,” Weerachai said, “But the next day, Saksit lodged a complaint against us.”

Weerachai said the researchers knew nothing about the complaint until it appeared in news reports.

He said the complaint had hurt his team members’ reputation.

He insisted that his team had never used a fake document, which the RTA claims has been used to back the project and could endanger lives if the masks backed by the project were produced for use.

Ananchai Chaiyadech, the lawyer for the researchers, suspected that the complaint was filed to spread fear among researchers.

“In fact, researchers have followed all the proper procedures,” he said.

Conducted as a collaboration between the RTA and the Office of Higher Education Commission, the project received a Bt3.8-million budget to develop safety masks for state-run authorities.

The research concluded that each safety mask can be produced at a cost of just Bt8,000, much lower than the Bt20,000 imported version.

“Who will benefit if this useful project is finally scrapped?” Ananchai asked.

According to Ananchai and his clients, all documents used are genuine including the certification issued by an overseas-based institute about the standard of the safety masks produced under the research project.

An informed source at the RTA, has suggested that the RTA had double-checked with a Czech-based institute and found that the institute has denied certifying the safety masks from the project.