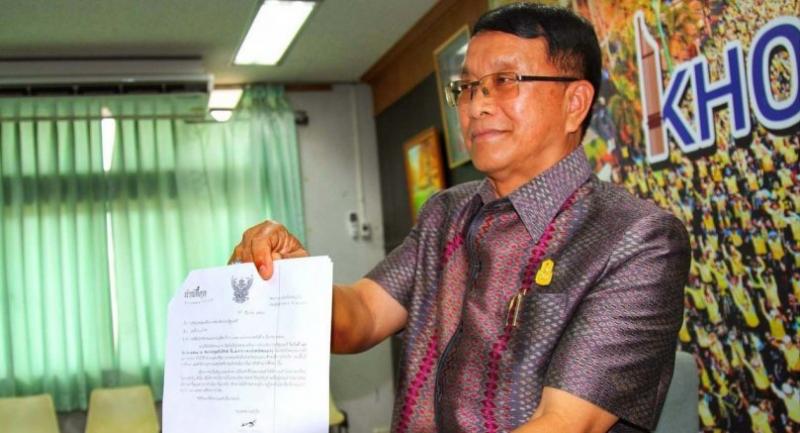 By KRISMETH LOHO
THE NATION

KHON KAEN DEPUTY GOVERNOR Suchai Butsara has issued a public apology, after “the wrong choice of words” in a leaked official document whipped up a storm of criticism.

“How to bring people out of stupidity” was the mission statement for various agencies in a document signed by Suchai earlier this month.

The document was an invitation sent to various agencies last week for a meeting to prepare to welcome Prime Minister Prayut Chan-o-cha and his Cabinet members to the Northeast region. The leaked letter with the insulting language has been strongly criticised on social media for its “aristocratic mentality” with government officials seeing citizens as dumb.

“I didn’t read through the letter. I just signed it because it was just an invitation for the second meeting,” Suchai said at a press conference yesterday.

He said as soon as he had found out the invitation contained “inappropriate words”, he had ordered the correction.

“I am really sorry,” he said. “I would like to apologise to people who feel uncomfortable about those inappropriate words.”

Suchai added that he definitely did not look down on Khon Kaen people, because his family had settled in the northeastern province. “I was born in the Northeast too,” he added. Suchai also said the content of the meeting was not related to the central government.

Although the meeting had been called to prepare for the upcoming mobile Cabinet meeting, the government did not dictate the preparations, he said.

Porntip Khamchuen, the general-services chief of Khon Kaen’s local administration office, said she had been “reckless” in preparing the document. “It’s a mistake. I don’t mean to look down on people. At that time, I only thought about using simple words. But I was too careless,” she said.

Porntip said she had been supposed to focus on the concept of how to stimulate people to learn at a young age.

Activist Srisuwan Janya, secretary-general of the Association to Protect the Thai Constitution, demanded yesterday the Interior Ministry sack Suchai for his alleged ignorance as well as violation of the Constitution and ethical code for civil servants.

Civil servants must respect the dignity of the people, according to the Constitution and ethical code, he said.

Officials such as Suchai should be removed from their positions, he added. The correction of the letter and apology did not change the situation, since the wrongdoing had already been committed, he said.