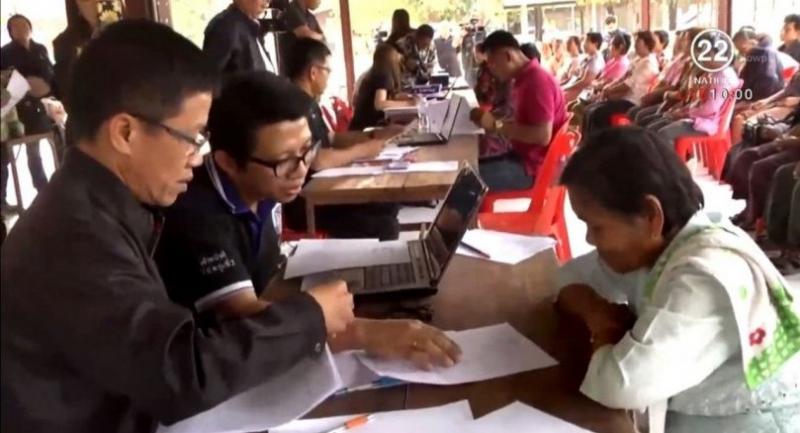 Amid the spiralling graft scandal involving welfare centres across the country, Korntip also said that his commission was “overwhelmed” by the work load.

The PACC board has also set up sub-panels to investigate seven centres for possible criminal prosecution of officials, with more centres to come under scrutiny this week, he said.

Alleged wrongdoing at the five centres were similar to other cases discovered, with low-income earners and destitute people not receiving their entitled allowances in the full amount, while the names of people who were not qualified for allowances had been used in forged documents, Korntip said.

The PACC would forward the cases to the National Anti-Corruption Commission (NACC), which is authorised to investigate graft involving senior officials. The PACC would also ask the NACC to investigate other self-help settlement centres, as the PACC was overwhelmed, he said.

A trace of money transactions should be able to identify people who benefited from irregularities and embezzlement by the end of March, he said.

As for a separate inquiry into the Education Ministry’s “Sema Pattana Chevit Fund” for underprivileged children, Korntip said a report had been submitted and the PACC board would meet today to consider setting up a sub-panel to consider prosecutions.

In parallel to the PACC inquiry, the Ministry of Social Development and Human Security – which is in charge of 43 self-help settlements and 16 highland people’s development centres as well as 76 provincial protection centres for the destitute – has conducted its own fact-finding investigations for disciplinary action.

Deputy Prime Minister Wissanu Krea-ngam yesterday said the ministry’s investigation, which had led to the transfers of at least 22 officials, had found alleged graft at nearly 50 provincial protection centres for the destitute, in line with the PACC’s findings.

He said despite the corruption, projects to help underprivileged people should not be cancelled. Instead, allowances and fund disbursements should be shifted from cash payments to recipients to other channels such as PromptPay, he said.

Meanwhile, Social Development and Human Security Minister General Anantaporn yesterday led officials in taking an oath to be honest civil servants to advance the ministry’s strategies. The ritual was held at the ministry’s office at Phra Prachabodi Plaza in Bangkok.