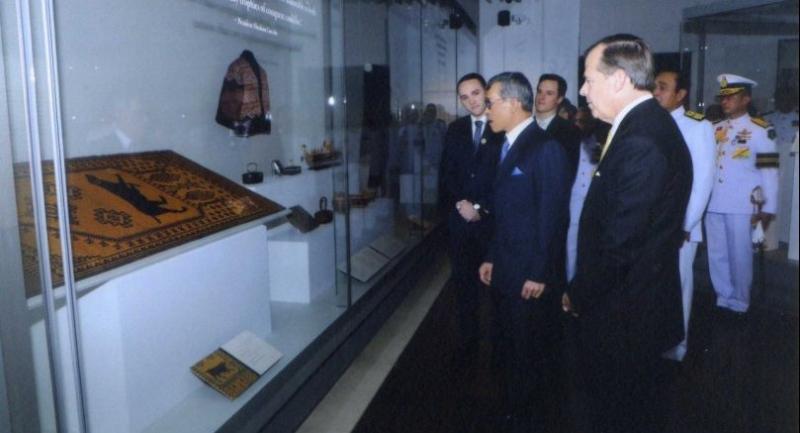 His Majesty King Maha Vajiralongkorn presided over the opening of an exhibition hosted by the US government on Tuesday at Queen Sirikit Textile Museum, which features nearly 80 gifts exchanged between the country’s heads of state and delegations over the past two centuries of bilateral relations. Most of these gifts have never been seen by the public, and many will be displayed in Thailand for the first time.

At the exhibition US Ambassador to Thailand Ambassador Glyn Davies showed HM the King the gifts which are on loan from the Smithsonian Institution, US National Archives, presidential libraries, Library of Congress, King Prajadhipok’s Institute, the National Museum Bangkok, the Thai Department of Fine Arts and Thai Film Archive. Two centuries ago this year, American naval captain Stephen Williams docked his ship in the port of Bangkok in the hope of opening trade between his country and Siam.

The mission was a success, and Williams returned home with a letter addressed to President James Monroe from Dit Bunnag, Siam’s foreign minister, conveying the approval of His Majesty King Rama II. The two nations have maintained an amicable relationship ever since.