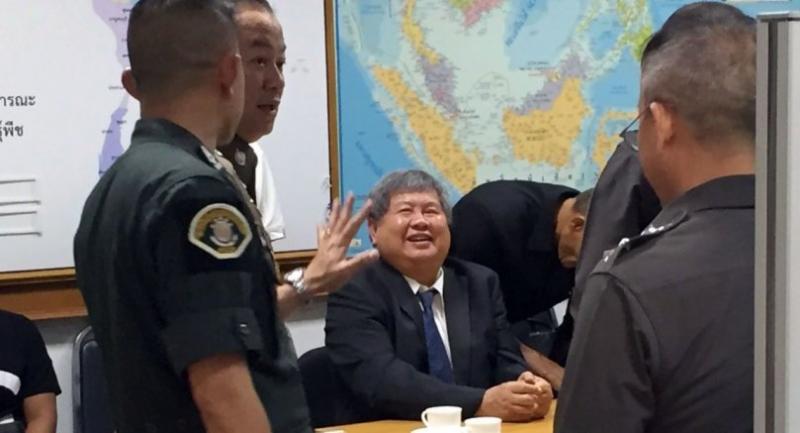 PUBLIC PROSECUTORS have suggested that police collect evidence to file a civil suit against a high-profile construction tycoon for allegedly damaging the ecology and environment in Thung Yai Naresuan Wildlife Sanctuary, where he had allegedly been poaching. The Wildlife Protection office estimated the damage to be at least Bt3 million.

Police will invite Wichian Shinwong, chief of the wildlife sanctuary in Kanchanaburi province, who led the raid and arrested Premchai at his campsite in early February, to give information to police concerning estimates about the damage.

A civil lawsuit would be the first faced by Premchai, who has already been charged on numerous criminal counts including poaching, attempted bribery, and possessing illegal guns and elephants’ tusks without a proper permit.

Srivara spoke after interviewing Premchai and his three companions, who were also charged after being arrested with him in the sanctuary.

The four suspects have insisted they are innocent of all the charges and denied damaging the ecosystem.

Premchai refused to talk to reporters as he left the police station. All four were released on bail of Bt150,000 each. The investigation into allegations has expanded to include Premchai’s family members, as his wife has also been charged with possessing elephant tusks and his sisters accused of allegedly acquiring land illegally in northern provinces.

Srivara said the collection of evidence for the civil suit was expected to be finished within a few days and public prosecutors would decide whether to file charges against Premchai.

He added that police had handed over tusks and a musket seized from Premchai’s house to Customs officials to check their registration information.

The Customs Department has been asked to investigate because DNA from the tusks showed they originated from Africa, not domestic elephants as mentioned in a permit.

The musket is believed to be an antique that originated in Britain.