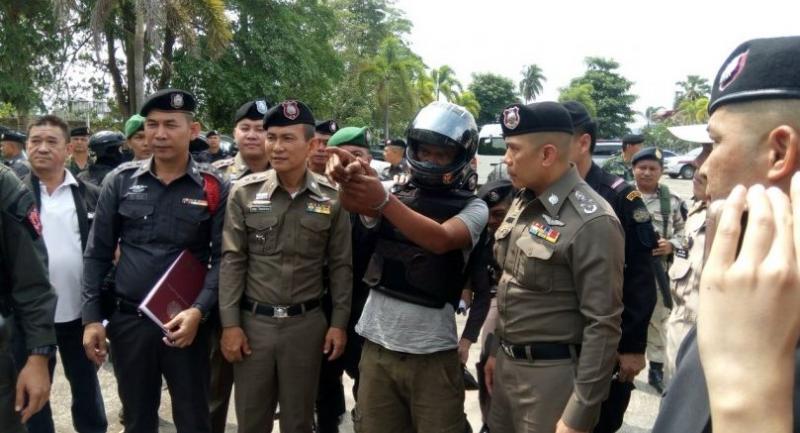 The third of six suspects in the January 29 home-intrusion murders of wealthy businesswoman Sayan Jantha and her husband in Sa Kaew is in police custody.

Wichit Inkaew, 40, was arrested on Monday and extradited from Cambodia, and on Wednesday was taken to the victims’ house for a crime re-enactment under the eyes of deputy national police chief Pol General Chalermkiat Srivorakhan. Police said Wichit had admitted to entering Sayan’s house with three Cambodian men identified only as Chi, Mab and Niang.

He claimed Chi and Mab stabbed to death Sayan, 64, and her husband Pipat Tangpongthong, 71.

Wichit and the three Cambodians have been sought since February 10 on charges of premeditated murder and carrying knives in public without a sound reason.

An arrest warrant was issued on Tuesday for the sixth suspect, Chanchai Wainusit, 47, who was allegedly contracted for the burglary and recruited the others.

Police said Wichit claimed the team entered the house via a window with no lock on it, killed the couple and ransacked the residence. They left with Bt10,000 in cash and some jewellery.

A CCTV surveillance camera recorded them approach Sayan’s pickup truck, but the doors were locked.

Chalermkiat said Wichit also confessed to being in a gang with Chanchai and five other Cambodians that stole a safe containing Bt9 million in cash and valuables from the Sa Kaew home of former politician Wittaya Thienthong on January 7.